The ruling All Progressives Congress (APC) would not commence the sale of Expression of Interest and Nomination Forms scheduled to start today, Saturday, March 23, 2022. 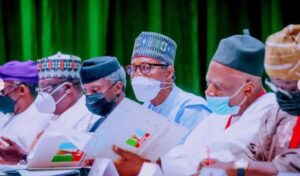 The sale of forms for various elective seats endorsed by the National Executive Committee (NEC) last Wednesday would have started today and be concluded on Friday, May 6, this year.

Investigations revealed that the shift of the sale of forms was due to the inability of the Directorate of Organisation of the party to take delivery of the forms from the contractor assigned to handle the deal.

The reliable source, who confirmed the development, but pleaded anonymity, noted: “The sale of forms earlier slated for tomorrow (Saturday) has been postponed. No date has been fixed for the commencement of the exercise. The NWC will determine the new date on Monday.

We hope the exercise will commence this next week as the contractor is expected to deliver by the weekend.”

This is as the Senator Abdullahi Adamu-led NWC has directed six directors of the party to embark on compulsory leave.

A letter dated April 21, 2022, signed by the National Secretary, Otunba Iyiola Omisore, directed the embattled directors to hand over their duties to the most senior personnel in their respective departments.

The decision followed the adoption of the report of the Transition Committee set up by Adamu shortly after he assumed duties.