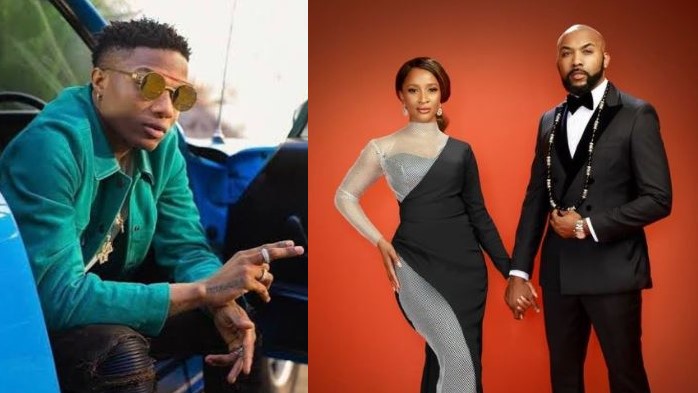 Nigerian music executive, Banky W has said that he was disappointed his protégé, Wizkid could not attend his wedding to Adesua Etomi.

He spoke during an interview on Blackbox interview series, while also speaking on Wizkid’s exit from Empire Mates Entertainment.

Recall, Banky W and Adesua Etomi had a star studded weddings in 2017, but unfortunately, the Starboy was not in attendance.

The EME boss admitted that he was disappointed about Wizkid’s absence at his wedding but said that he understood that he was busy at the time. He disclosed that the ‘Joro’ crooner later called to apologise.

“Was I disappointed that he wasn’t at the wedding? I was, but I know he tried because there was a show with a lot of the artists…I think it was One Africa.

“But he called at the time that he was so sorry,” Banky said.

Banky: “Yes I was disappointed Wizkid didn’t come for my wedding but I know he tried”