Home POLITICS Wike to Adamawa delegates: Give me 50% of votes, It won’t be... 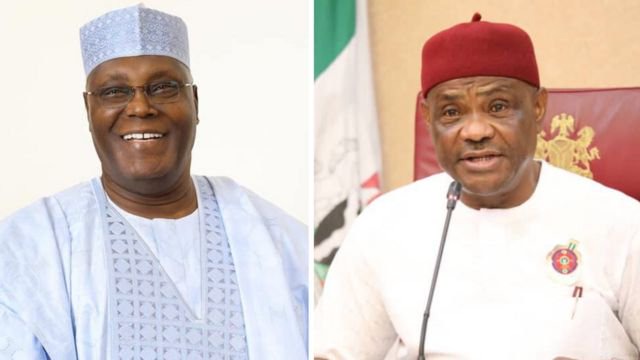 Rivers State Governor and Peoples Democratic Party (PDP) presidential aspirant, Nyesom Wike, has asked party delegates in Adamawa State to give him 50% of their votes in the forthcoming primaries because it would not be fair to defeat former Vice President Atiku Abubakar in his home state.

Wike stated this while speaking at a meeting with the delegates and party leaders held at the Government House, Yola, on Thursday.

“I have been in PDP since 1998. Today I present myself to you seeking to become the presidential candidate of our party but that will only be possible if you delegates give me the mandate on 28th & 29th of May. I have no any sentiment. What we want is to remove the APC government. This is the last chance, I am our last chance.”

The PDP aspirant said Vice-President Yemi Osinbajo became impressed with his performance in Rivers State and named him “Mr Project”, adding that a testimony from such a highly placed All Progressives Congress’ (APC) leader was enough to convince Nigerians about his credentials.

“Give me your votes, don’t make mistake that you have somebody or a father from North or South. Give me 50%, give your father 50% because it will be unfair to beat our father here.”

In his response, the state chairman of PDP, Barrister Tahir Shehu, commended Wike for holding the party together in difficult times, saying the aspirants should be more concerned with the task of salvaging the country.

“I salute your courage, I know you are the field marshal of PDP for sustaining the party financially and morally”, Shehu stated.

“Wike said he is in support of Atiku. He is here to tell you that he is conceding the delegates to his elder brother. It is not about Wike or Atiku. It is about salvaging the country. We are one family. The insecurity is alarming under the APC.”