Home Entertainment He wants to do DNA test even though our daughter looks like...

Being a father is one of the most challenging things nowadays. The reason behind that is the fact that most relationships lack trust and loyalty, and a man ends up asking himself many questions when he hears the news that his partner is pregnant. 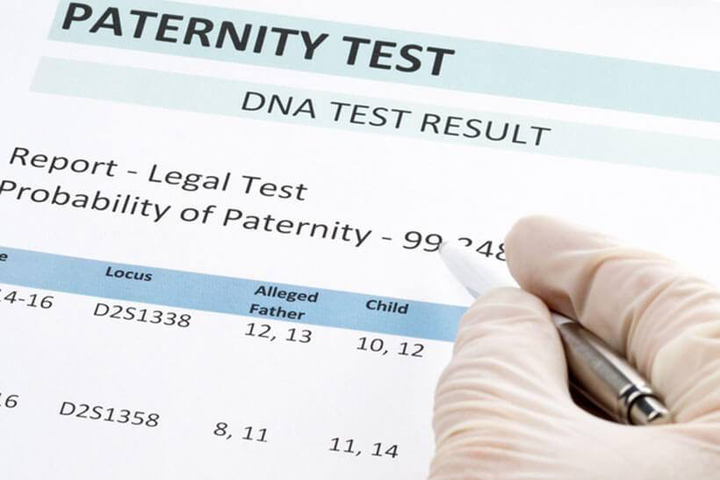 There are people who believe that a child’s appearance alone is not enough to determine whether a man is the biological father or not. For this reason, they think it is a good idea for men to consider getting a DNA test in order to avoid finding themselves in a situation whereby they have to raise children that do not belong to them.

A woman called Zizipho Majama happily revealed on Twitter that the father of her daughter is one of those men who wants assurance before spending more years with the child. 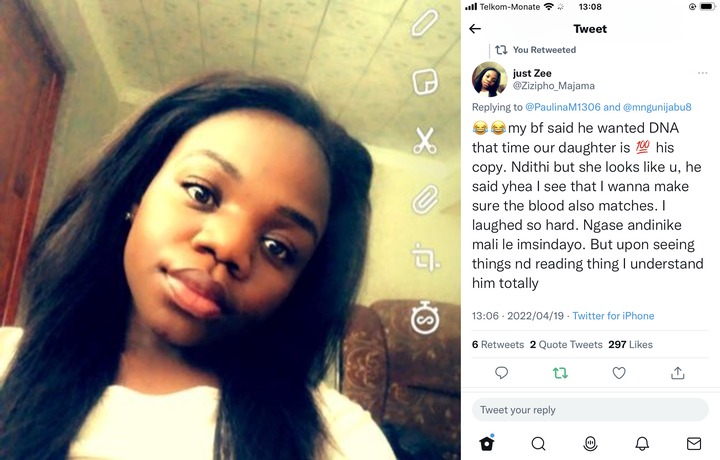 Zizipho says she was surprised when her partner approached her regarding this matter because their daughter looks exactly like him. She says that the guy is well aware that the baby looks like him, but he also wanted to know if their bloodlines were also identical. Zizipho could not help but laugh at him. 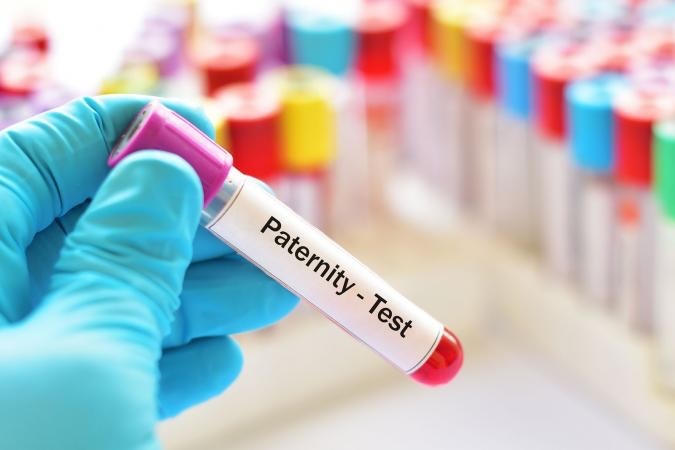 After reading about what other people are saying regarding the importance of a paternity test, Zizipho says she now understands why her partner wanted to do it so badly. 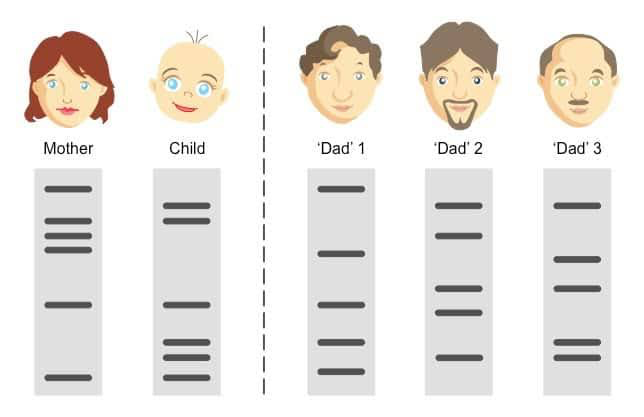 When told that babies have a tendency to adopt the appearance of the man who feeds them, Zizipho says her daughter has been looking like her father since her day of birth. However, she does not want to argue that such things do happen and that the father of her child can go ahead with a DNA test because she has got nothing to hide. 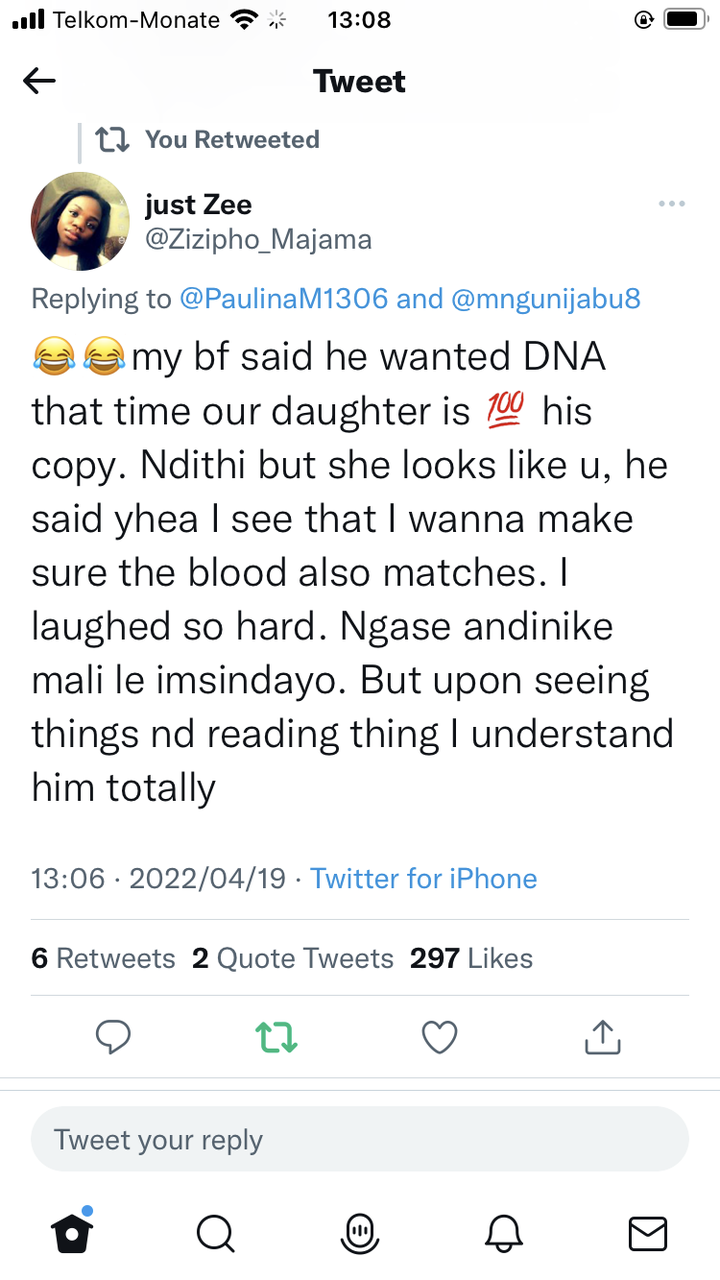 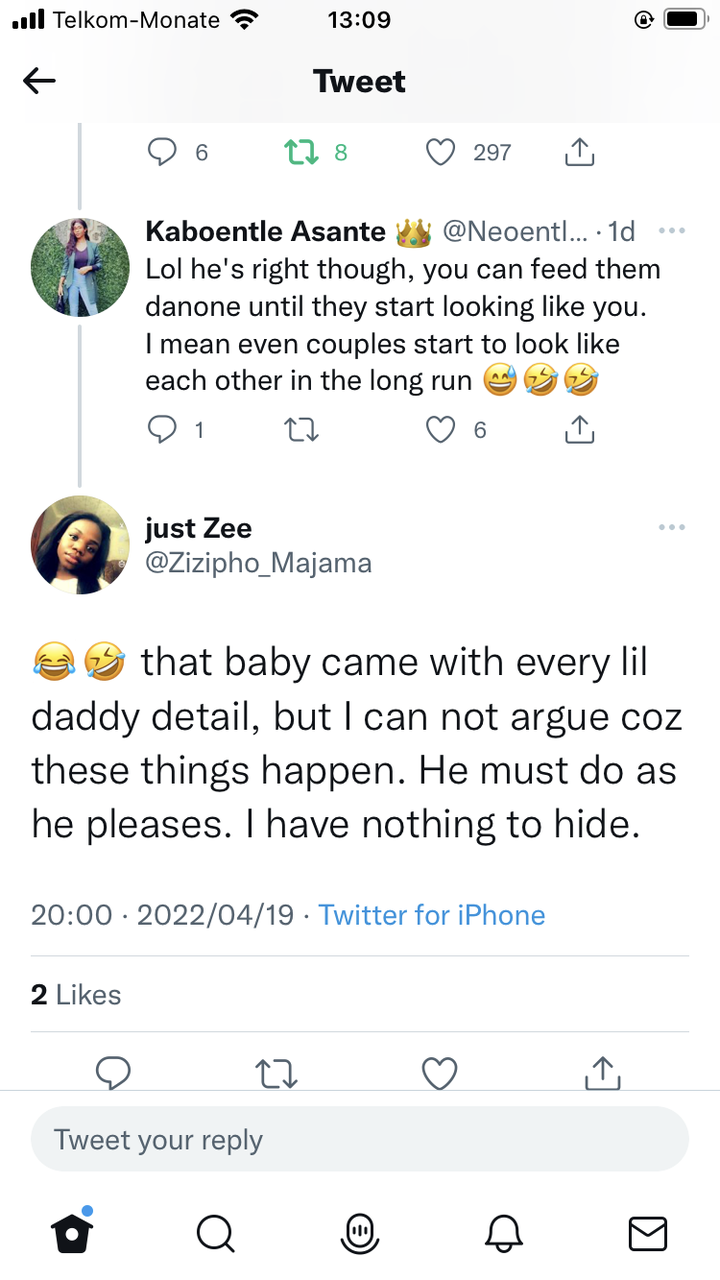 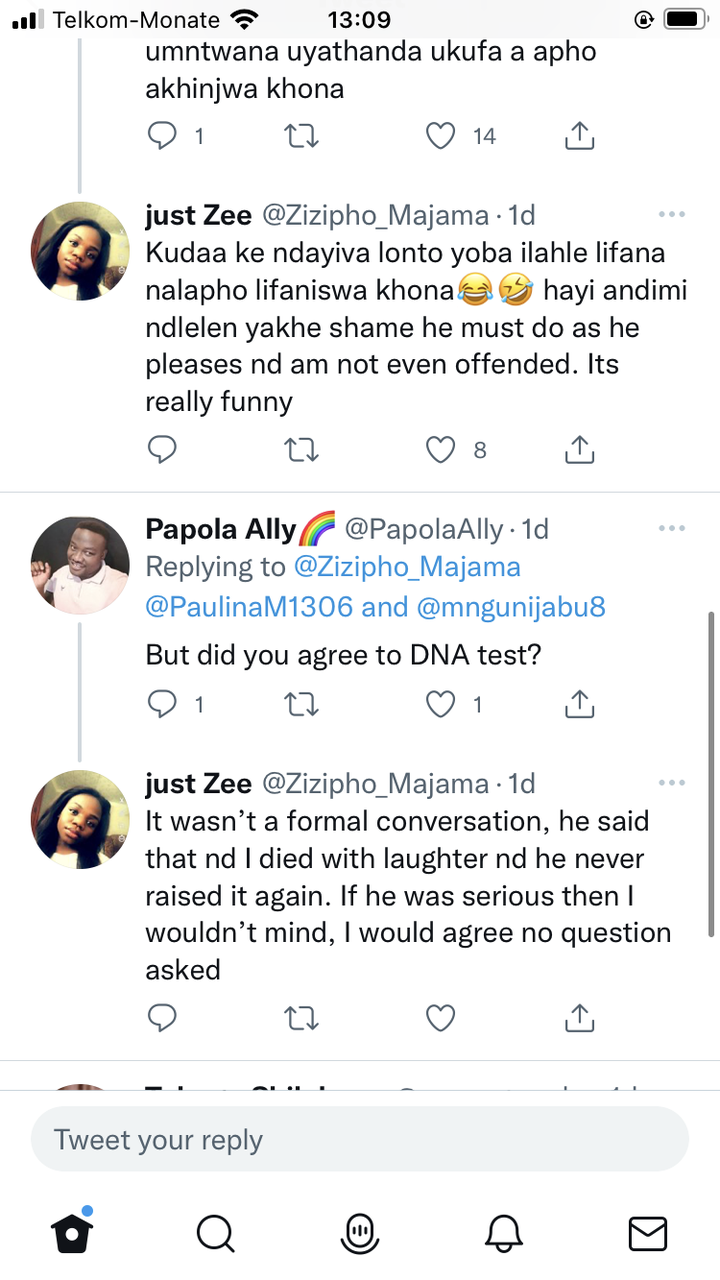