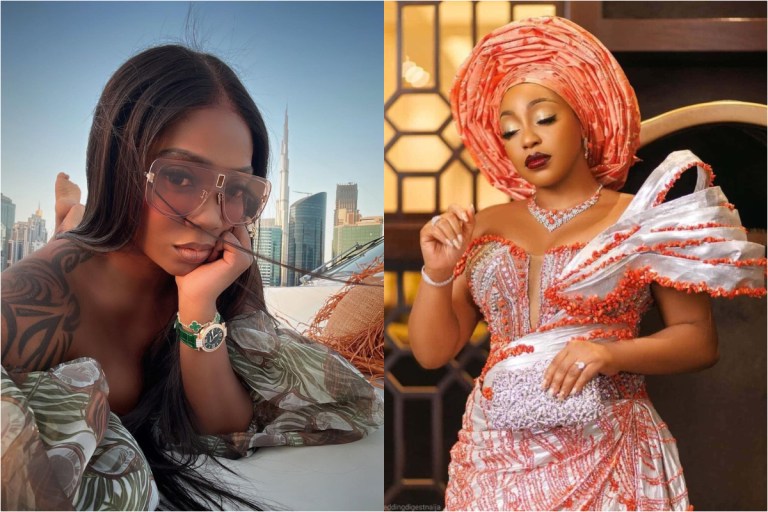 Nigerian songstress and music producer Tiwa Savage has sent a congratulatory message to actress Riata Dominic on her marriage.

The actress Rita Dominic and her husband took over social media with photos and videos of their marriage ceremony which was held in Imo Stae a few days ago.

The traditional marriage ceremony saw a lot of celebrities gracing the occasion. The ceremony has been the talk on social media as many have poured in their congratulatory messages and also hailing the beauty of the actress.

One of the people who have congratulated actress Rita Dominic is songstress Tiwa Savage. She has taken to her Instagram story to share a picture of Rita Dominic to congratulate the actress and has described her as beautiful inside and outside. She also wished her well and happy in her marriage.

Tiwa Savage shared Rita Dominic’s picture captioned it, “The most beautiful inside and out. The wedding looked so beautiful, may your marriage be even more 💓💓”.