Ralf Rangnick has admitted that it was senseless to imagine that Manchester United would end the season among the top four clubs in the Premier League after their performance against Liverpool on Tuesday evening. 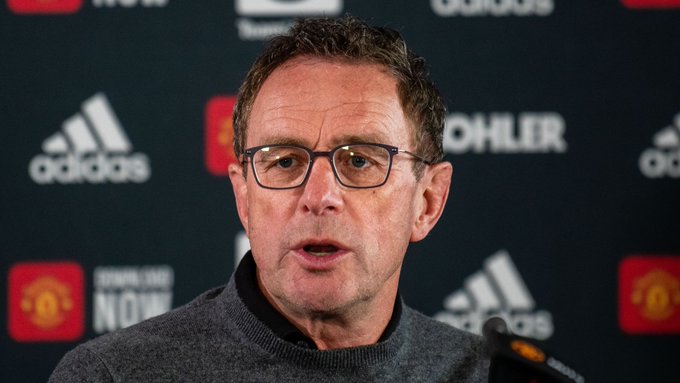 For the German, with results like the one on Tuesday, it would be difficult to think that the Red Devils will qualify for next season’s Champions League.

Liverpool showed no mercy for their arch rivals at Anfield, beating them with four goals to nothing.

Two goals from Mohamed Salah and one each from Sadio Mane and Luis Diaz made sure that United without their talisman, Cristiano Ronaldo, went back to Old Trafford empty-handed.

They remain fifth in the Premier League table, three points behind Tottenham, pending results from Arsenal vs Chelsea on Wednesday.

“I don’t think it makes sense to speculate about our chances of making the top four after a performance like today,” Rangnick confessed in his press conference.