Home SPORTS 4 Reasons Why Footballers Are Penalized For Removing Their Jerseys During Goal... 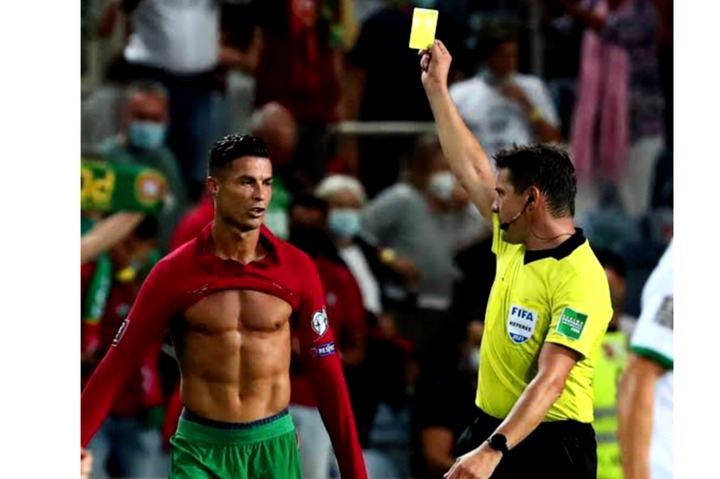 If you like football, you may have wondered why players are given a yellow card for celebrating a goal by removing their shirts.

Regardless of the reason why the player removed his shirt while celebrating, the referee will give him a yellow card.

The following are some of the most likely reasons why FIFA prohibits players from removing their shirts to celebrate goals.

1. The sponsor firms’ information is not captured by the cameras when the shirt is removed:

After spending millions of dollars on sponsorship, these sponsors will want their brands to be visible all across the world, and players removing their shirts prevents this.

2. While removing their shirts, players may display political statements printed on their undershirts or tattooed on their bodies:

This has the potential to lead to chaos among players and spectators, something FIFA firmly condemns. For example, Robbie Fowler took off his shirt and displayed slogans in support of the Liverpool Dockers’ strike on his undershirt.

3. It’s more difficult to figure out who scored the goal when a player’s jersey is removed:

Because the game commentators don’t know the players’ names, the names on their jerseys help them recognize them. The watch team may not be able to discern who scored the goal if a player has problems putting on the shirt.

4. If the shirt is taken off, it may disrespect some cultures and beliefs:

It’s worth noting that the match’s participants and watchers come from all over the world. Taking off one’s shirt while facing the cameras is deemed offensive in Islamic nations like the Middle East.