Home GOSSIP Why You Should Get Your Girlfriend Pregnant Before Marriage – Man Drops...

As he points out controversial claims about some women’s lifestyles, a Twitter user advocates for pregnancy before marriage. 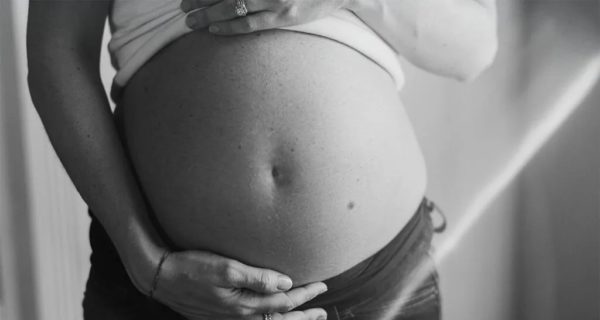 According to a user on the microblogging platform known only as BenX, some women take contraceptive tablets too frequently, putting their chances of getting pregnant at risk.

Adding to his point, Ben emphasized the need to have a lady pregnant for at least one-month old before making a move for marriage.

“Unpopular opinion. Before you take your kinsmen to see your girlfriend’s parents, ensure she is at least 1 month pregnant. These people take Postinor like it’s panadol.

I don’t want to talk about the abortions cos it’s their body, their rights. It is very possible that you might have difficulty getting a woman pregnant.

Don’t increase the probability of infertility by marrying a Postinor vendor. Polygamy will not solve this problem. If one of your wives does not have a child, you will die before your time!” he wrote. 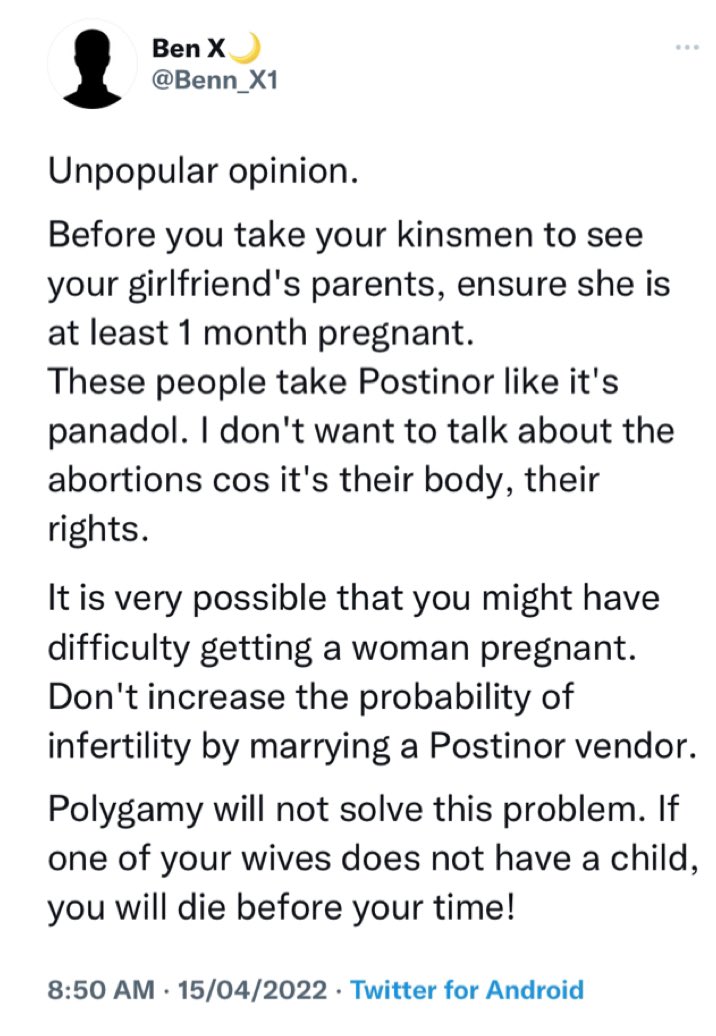