It was an unbelievable performance from Eintracht Frankfurt in the UEFA Europa League today when they travelled to face Barcelona at the Camp Nou Stadium on Thursday evening. The German Side performed astonishingly in the match as they condemned Barcelona to a disappointing 3-2 defeat thanks to goals from Filip Kostic (twice) and Rafael Santos. On aggregate Barcelona lost 4-3 to Eintracht Frankfurt and were eliminated from the competition.

Well, Eintracht Frankfurt clearly exposed Xavi Hernandez’s incompetence as a Barcelona manager. The Spanish Gaffer looks to be favoring only Spanish players in his team as he started an inexperienced Pablo Gavi over Frenkie De Jong and also played Oscar Mingueza ahead of Sergino Dest. 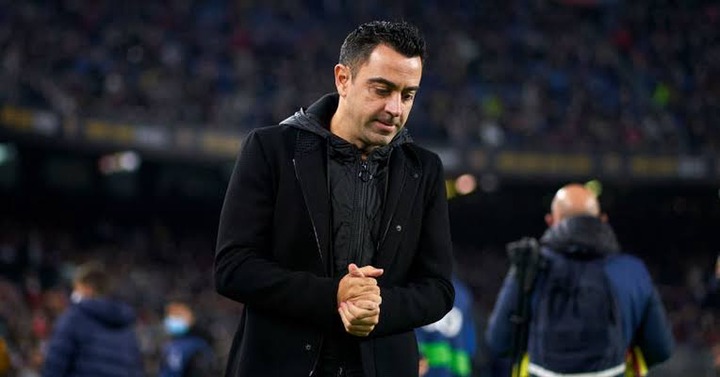 Both players were awful in today’s match as they contributed nothing meaningful to Barcelona’s performance against Eintracht Frankfurt today. The 42-year-old only made noises from the stances and couldn’t do the right thing by making important and key substitutions. Xavi might have managed to get Barcelona to a great performance lately but in all honesty, some of his decisions during matches are usually wrong. He definitely ran out of luck in today’s match against a vibrant Eintracht Frankfurt side