Nigerian journalist, Kemi Olunloyo, has taken to social media to call out aspirant of the forthcoming 2023 general elections, Peter Obi, as she stated that Peter Obi’s decision to travel in the Air Peace flight with no security personnel does not mean that he is humble. 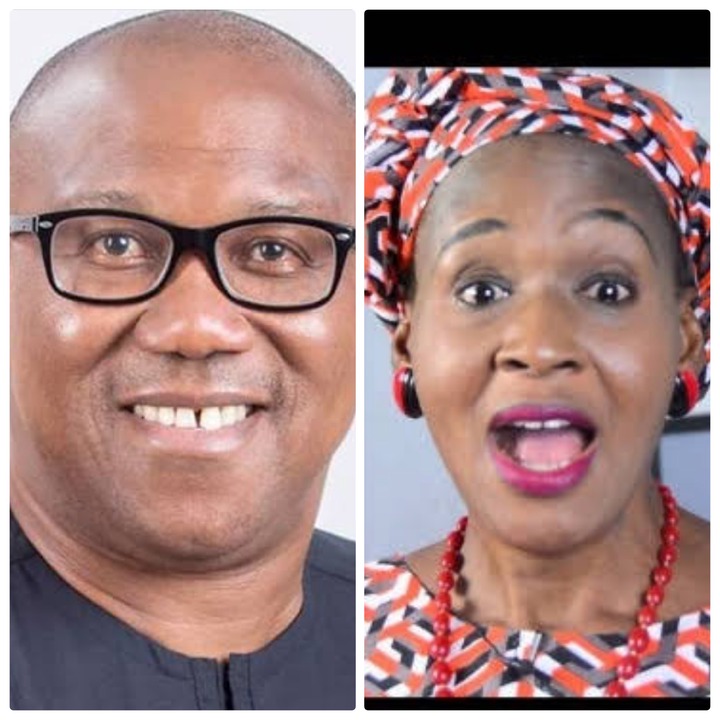 The journalist who made the statement through her official Twitter account, uploaded a picture of the former governor of Anambra state boarding a commercial Air Peace flight with no visible security personnel.

Kemi Olunloyo went ahead to reveal that Peter Obi’s decision to fly using an Igbo owned Air Peace commercial flight should not be taken as humility, adding that it is a strategic move made by the People’s Democratic Party (PDP) and used as a means of campaign for the office of the Presidency.

The journalist finally revealed that presidential candidates do not fly commercial airlines during elimination period. 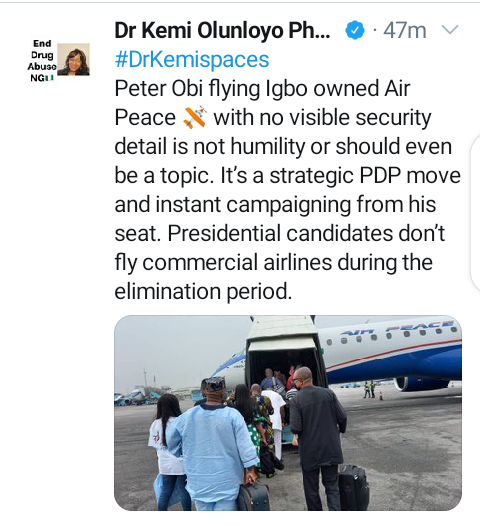