Home SPORTS One weakness of Edouard Mendy that could force Chelsea to sell him... 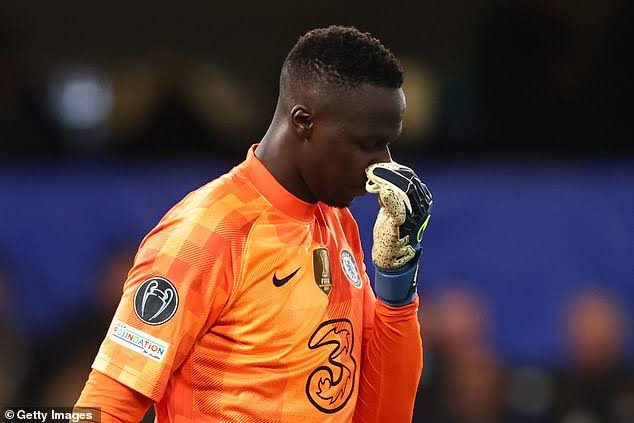 There is no doubt that Edouard Mendy is a good shot-stopper. However, whether he is a Chelsea-level type of goalkeeper has become questionable after his latest howler against Real Madrid in the Champions League on Wednesday.

The Chelsea goalkeeper made a costly mistake on Wednesday when his too short a pass to Antonio Rudiger led to Real Madrid’s third goal which was scored by Karim Benzema almost immediately after halftime.

That mistake was not a one-off, as he made a similar costly mistake in December in the Premier League match against West Ham in which he lost the ball and conceded a penalty after failed dribble attempt. That’s not all as he has also on several occasions kicked the ball straight to an opponent while trying to clear the ball.

That weakness is certain to force Chelsea at some point to look for a better option just as is the case with most top teams. We saw Pep Guardiola do that at Manchester City when he dropped a good shot-stopper in Joe Hart and signed Victor Valdes and later Ederson.

It is what Chelsea might be forced to do if Mendy fails to improve in that regard, as it is costly in big games in which the opponents are always looking to recover the ball as quickly as possible.