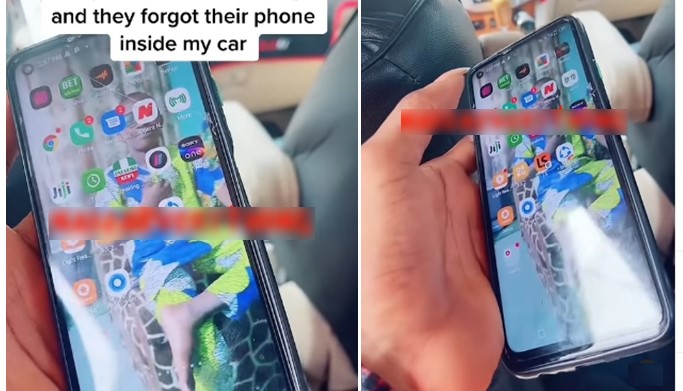 A man has revealed in a video that a smartphone was forgotten inside his car by one of the police officers that arrested him.

He said they arrested him while on his way to Lekki in Lagos state, entered his car and asked him to head to the station.

However, after he settled them and got released, he realised that one of them left their smartphone inside his car.

bennysouzamedia; That’s your pension 😂😂😂 send a resignation letter to the force with his phone 😂 that’s a joke but go back to the station and return it ! They know all the need to do to trace their Phone.