Arsenal youngster, Bukayo Saka has opened up on why he was given the name ‘Bukayo’ by his grandmother. 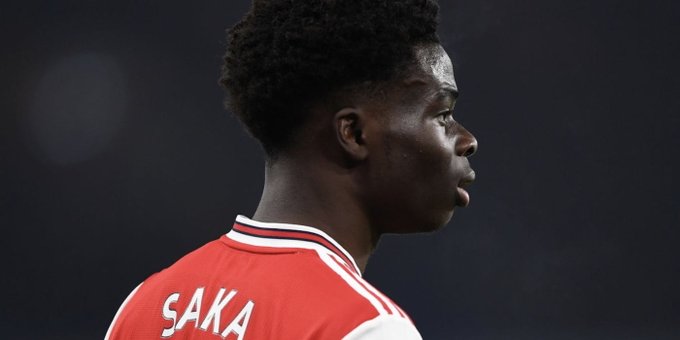 The England international, who was born to Nigerian parents, said his grandmother named him Bukayo because she wanted him to bring joy to the family.

Saka, who graduated from the Arsenal’s Hale End Academy, said his father contributed immensely to his success story in football.

“My grandma gave it to me because of its meaning,” he told GQ Magazine when asked about his Yoruba name ‘Bukayo’.

“It means ‘God has added joy to my life.’ She wanted me to add joy to the family, so she named me that…Every time she called me, that’s probably what I meant to her,” he said.

Saka has been a shining light for Mikel Arteta’s Gunners this season as they battle for a place in the top four in the Premier League, which will guarantee them a return to the Champions League.