Home Entertainment Blessing CEO Explains How She Has Been Struggling After She Divorced Her... 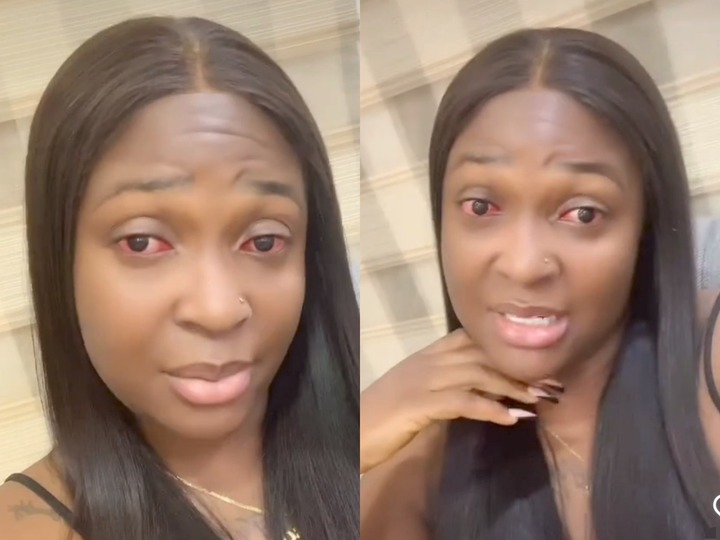 Relationship Expert, Blessing Nkiruka Okoro who is famously known as Blessing CEO took to her social media account on Instagram to share the new video as she explain how she struggling with her life since she divorced her husband. She also disclose that it was tough for her because she got married at the age of 18 and she divorced her abusive husband after 3 years of marriage.

Divorcing was one of the toughest decisions of her life but she will rather go for it rather than stay in a relationship that she is not enjoying. Being divorced at the age of 21 comes with a lot of insults, backlashes, and disrespect and the only reason is that she cannot stay in a marriage with an abusive man.

She understands why so many people are afraid to leave their marriage with an abusive because of the backlashes that come with it but divorce is freedom and so many people are scared to take this decision because of what their religious leaders or the society will say and they will never be free from the bandage.

She added that she knows that divorce might be a sin but you have to be alive to ask for forgiveness because it’s not a sin that cannot be forgiven. Divorce isn’t as worse as fornication or adultery but remaining silent as an abused married woman isn’t a good option because no one will know the truth if the woman dies and you should have someone to talk to about the wrongs happening in your relationship.

Additionally, Blessing CEO is saying this because of domestic violence that has claimed a lot of lies and the man always escapes because the woman never cries out for help.