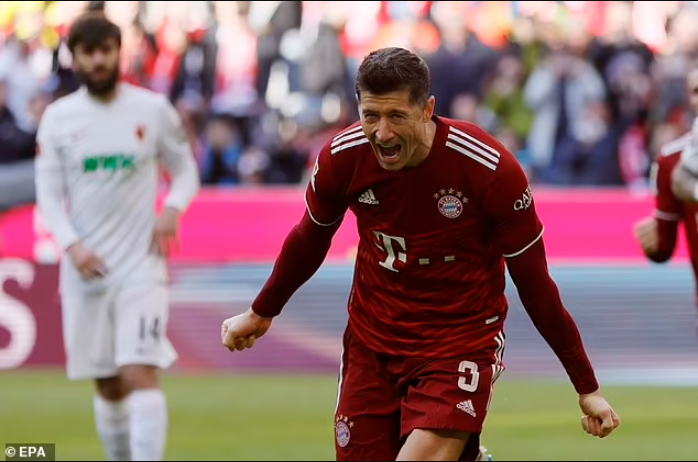 The striker’s current deal with the club expires in the summer of 2023 and he has been linked with a move to Barcelona in recent weeks.

Polish television channel TVP Sport have reported that the 33-year-old has told the club’s CEO and veteran goalkeeper Oliver Kahn that he plans to leave the club and has agreed personal terms with Barcelona.

It’s said that ‘all the terms of the contract have been agreed’ and that Bayern Munich are already preparing for life without the Polish international.

If Lewandowski makes a move to Spain,  he would become the first Polish player to ever represent Barcelona.

Spanish publication Sport last week reported that Lewandowski ‘will do everything’ to join Barcelona and that the Spanish side could offer Sergino Dest in return who is a target of the reigning Bundesliga champions.

In his eight seasons at the club he has gone on to become one of their greatest ever players and is only behind Gerd Muller in their all-time record scorer list. In total, Lewandowski has scored a phenomenal 340 goals in 369 appearances since joining the club from rivals Borussia Dortmund in 2014.