Home POLITICS Osinbajo’s Declaration Will Leave Buhari With No Option Than To Allow Presidential...

According to a report by Premium Times, the Vice President, Yemi Osinbajo, is set to declare his interest in the 2023 presidential election tomorrow, Monday. capping off months of behind-the-scene – yet apparent – mobilizations that have fuelled speculations and pitied the No 2 against his erstwhile boss Bola Tinubu. According to sources with knowledge of the plans, except there is a change, Mr. Osinbajo’s declaration will not involve any formal event or public gathering. 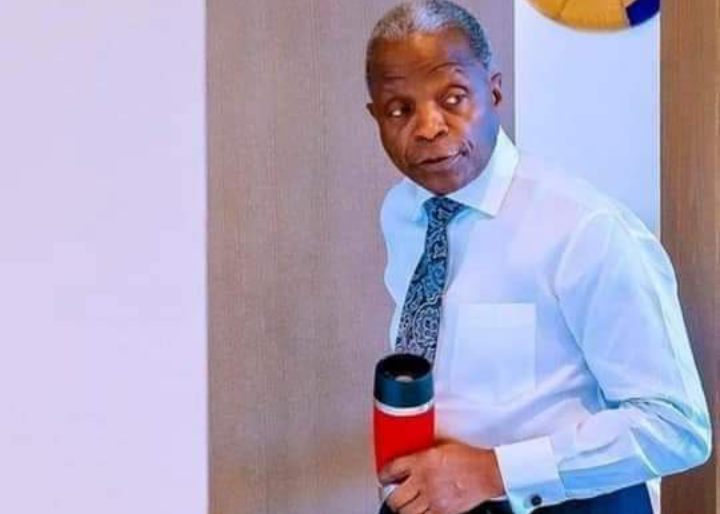 The truth is that VP Osinbajo doesn’t have to declare to prove his courage and boldness. If he loses anybody’s respect because he refuses to declare to run, that means they never respected him. Most times, it is the devil that dares people to do things just to prove what they already are. Finally, most of those who voted and still support Buhari didn’t profile him well. They fell in love more with their fantasies of the man. The man won’t endorse any candidate. APC will have a primary election. Buhari won’t endorse nor anoint any candidate.

Some politicians will go ballistic for failing to embrace this apparent FACT. They will go ballistic. Buhari certainly won’t endorse anyone openly but like the National Convention. He has set his acolytes on a serious business of working out for the success of his candidate. PMB coming out to say he had a candidate 1st of Jan and PMB coming out to wade in during the Chairmanship tussle are certainly not antecedents characteristic of the man. Many were taken aback by the role he played in the emergence of Adamu.

PMB won’t play this last trump of the card like OBJ or GEJ. But he will set his acolytes in motion with the required Arsenal to win the Primaries. The truth is that PMB never really want to intervene in influencing party affairs hence the party’s internal crisis lingered for a long. Towards the convention he wanted all aspirants to test their popularity but the APC governors went to him to convince him that they influenced who emerge as the party chairman in their respective states hence it’s fair that he also has a say in who emerged as the National Chairman. And he nominated a candidate that seems neutral. No one has Adamu Abdullahi’s backing until PMB was persuaded to support a candidate and the lobby commence in his support. ElRufai said it on National TV.