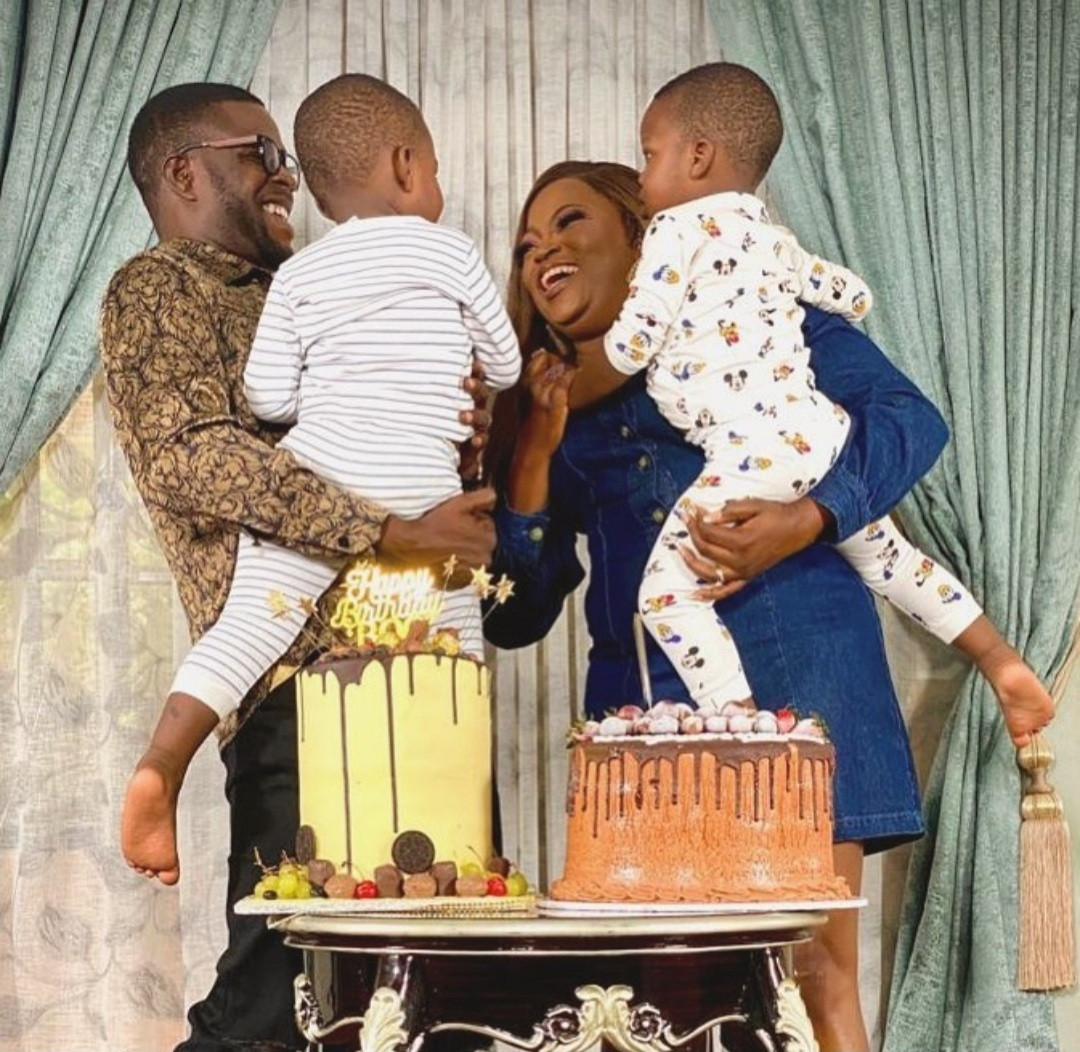 JJC Skillz is standing by his wife Funke Akindele after his son called her out online.

Reports have been circulating, alleging that Funke Akindele’s marriage is shaky. Rumours making the rounds also claimed that JJC Skills is in the UK to give Funke space. 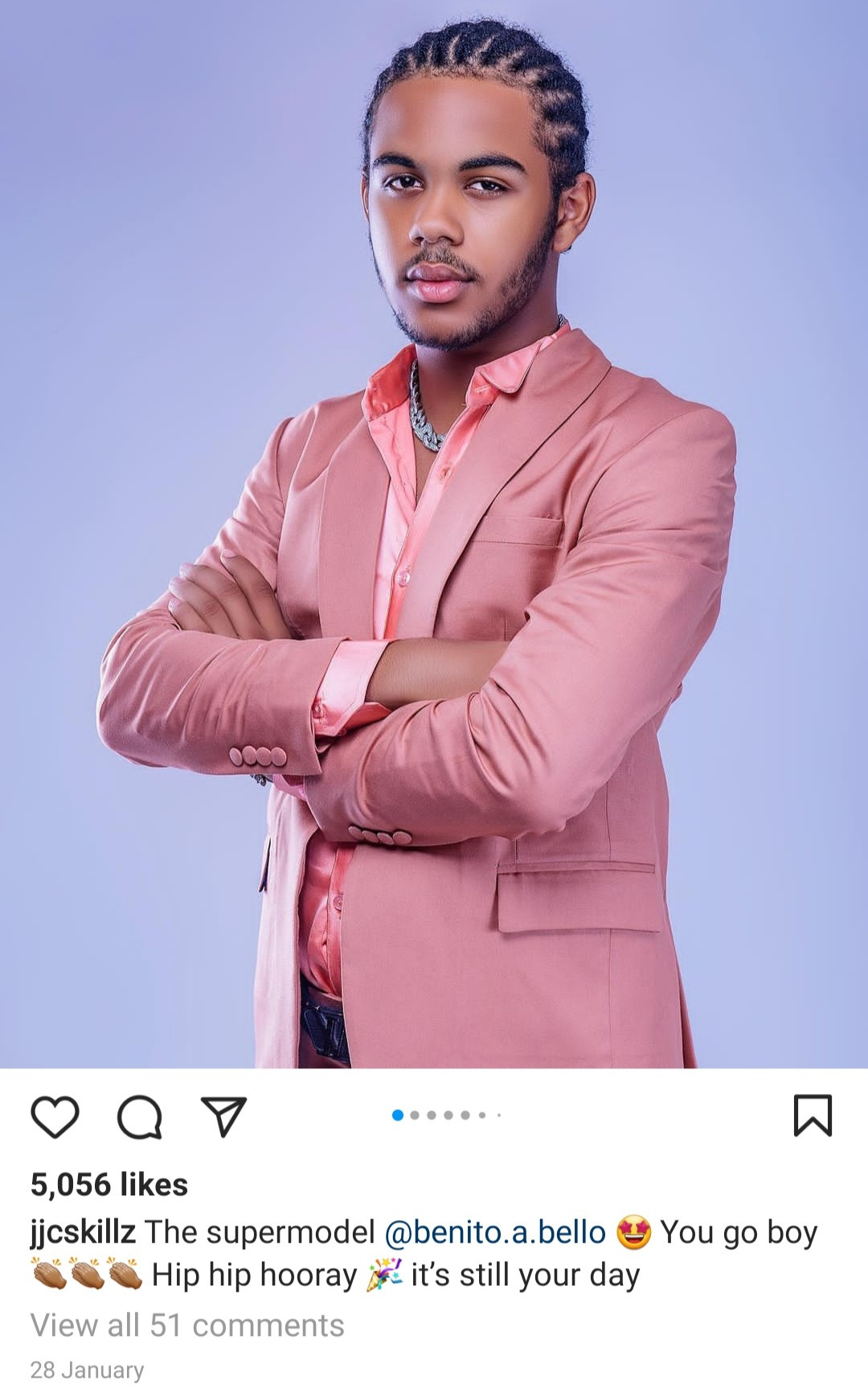 He claimed he lived with her for 2 years and “the house was a horror site”.

He added: “She’s not what you all think she is.” 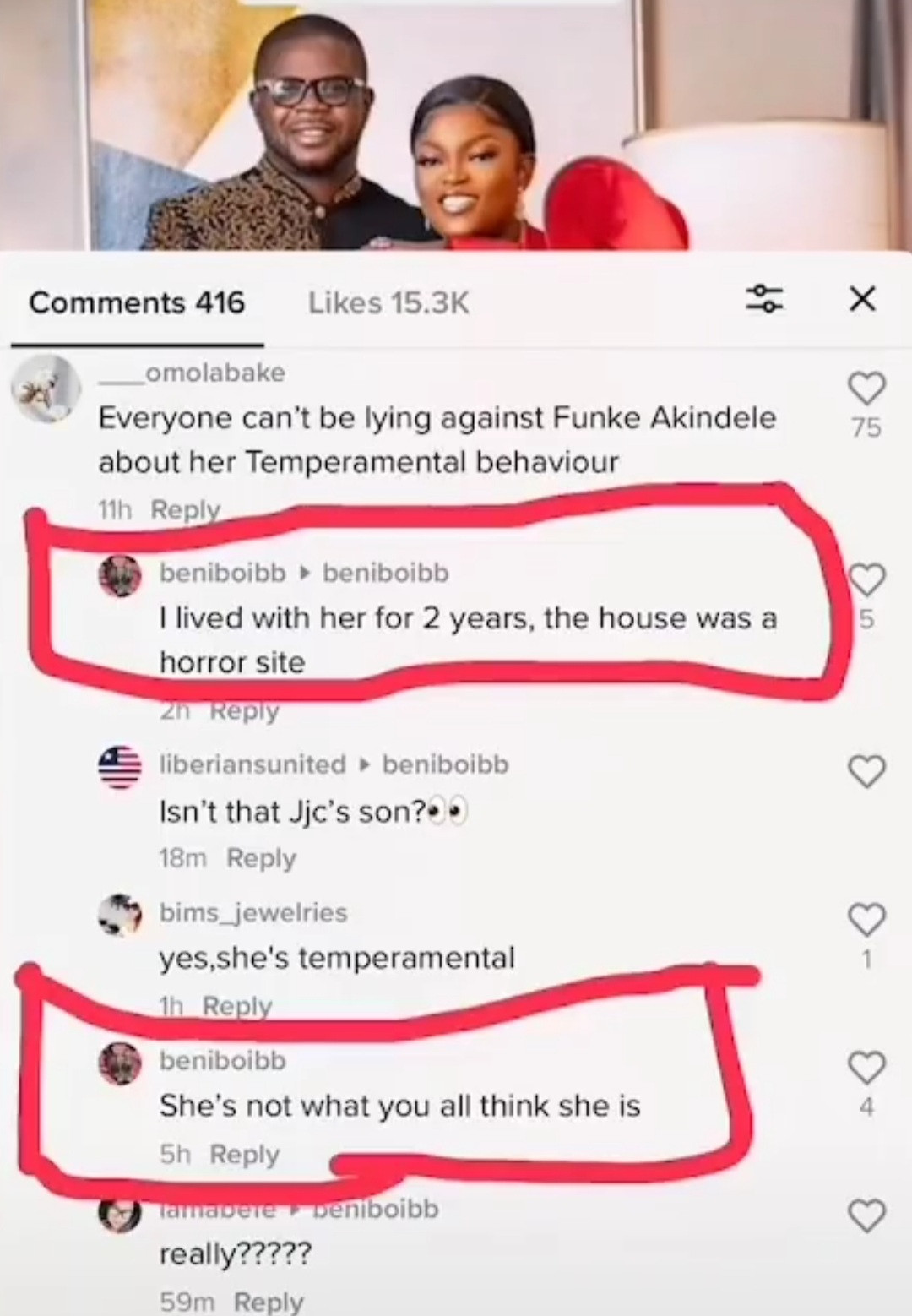 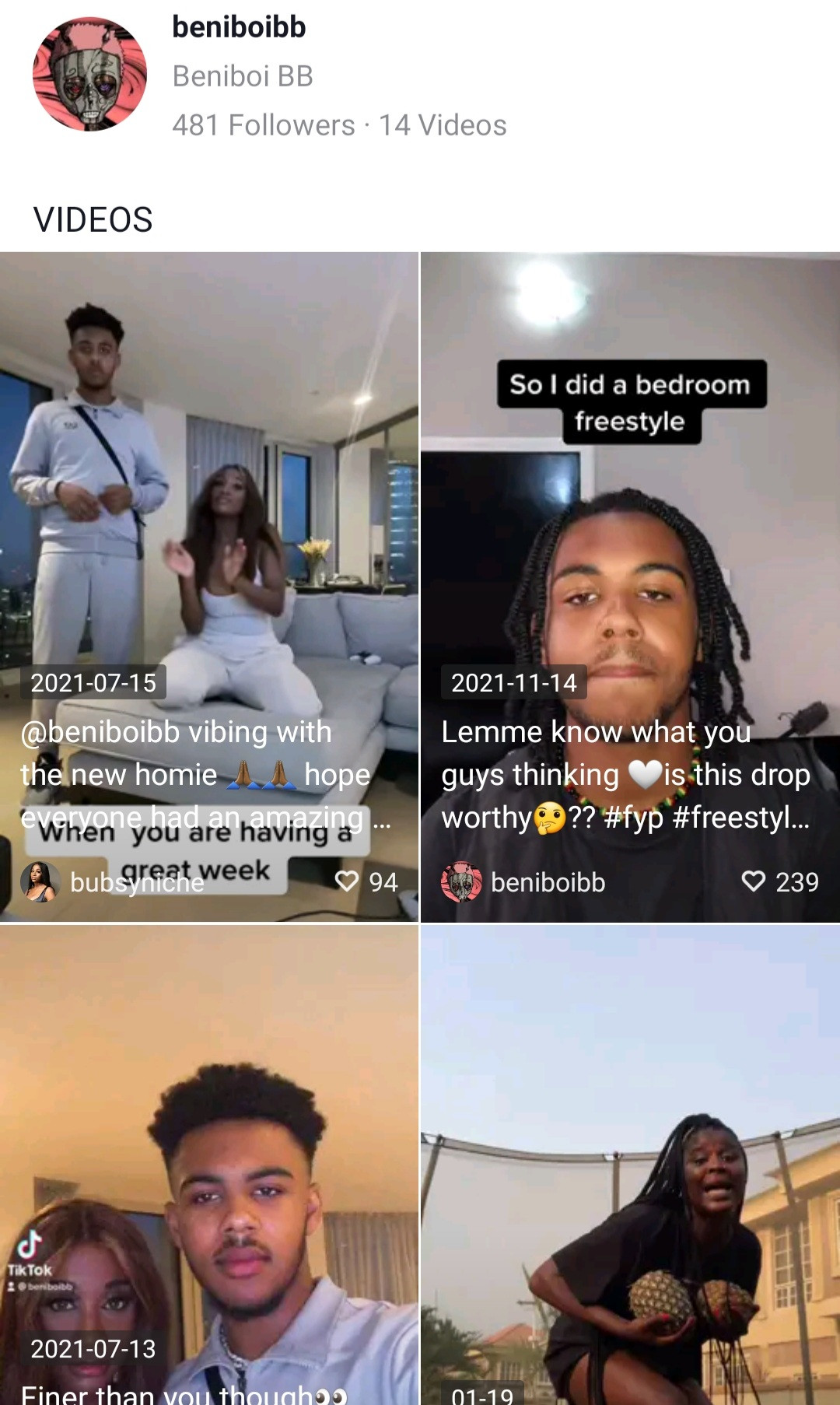 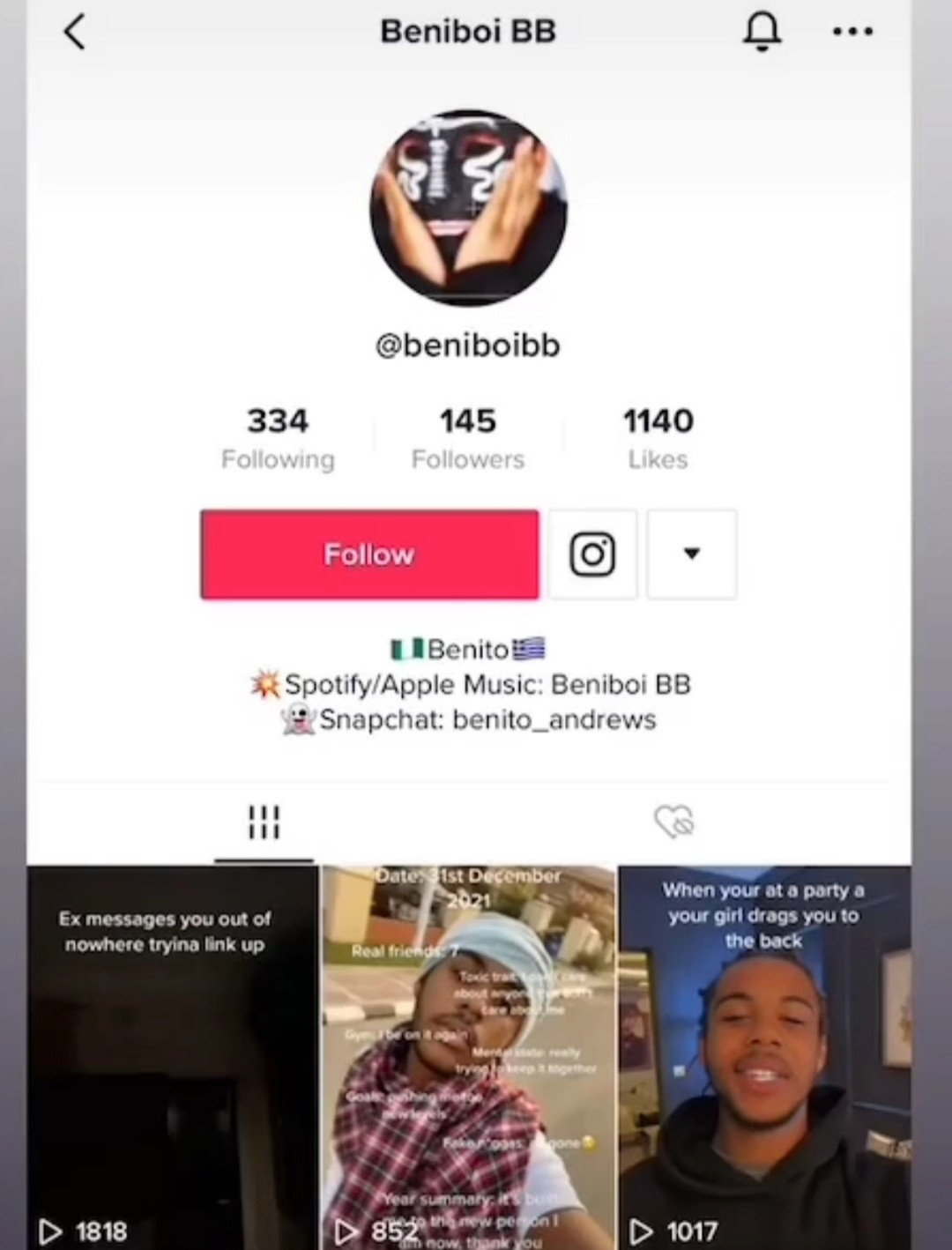 Amidst all the talk about his marriage and his wife, JJC took to Instagram to share a photo of him, Funke and their twin sons. 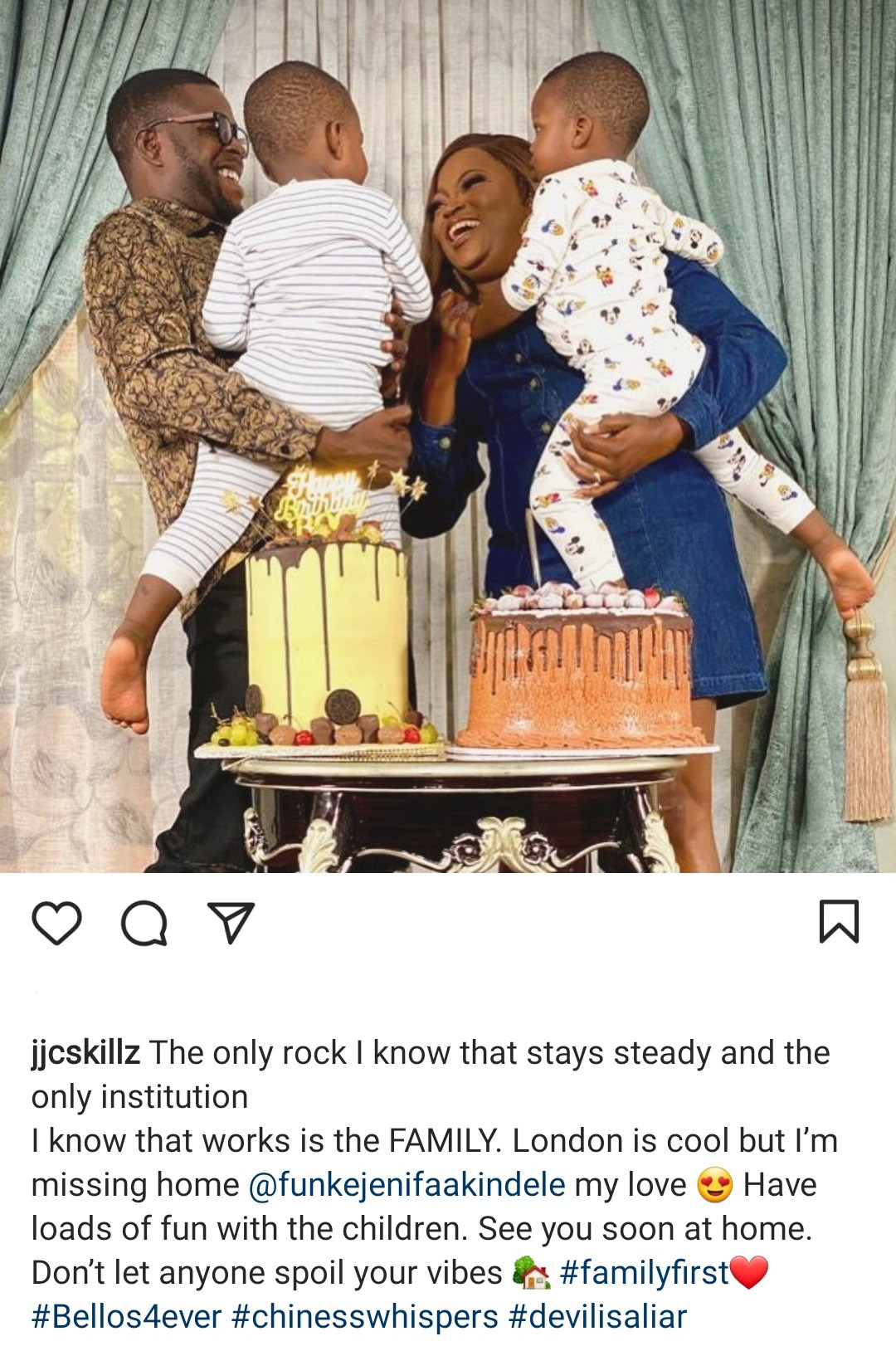 In the caption, he made it clear that he will be coming home to Funke soon. He then told her not to let anyone spoil her vibes.

He added “Devil is a liar” among the hashtags used on his post. 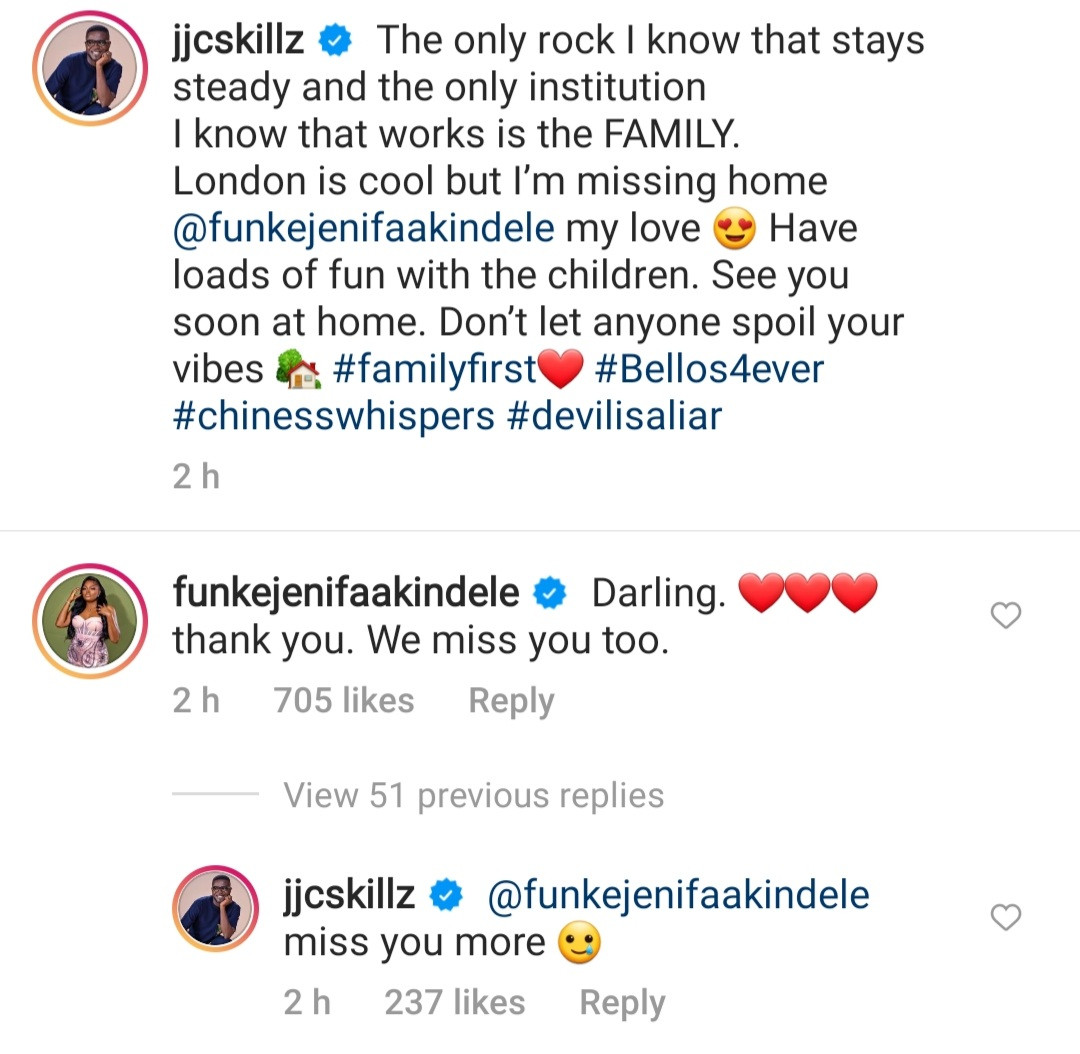