UK prime minister, Boris Johnson made a surprise visit to Kyiv, the capital of Ukraine on Saturday, April 9 to pledge support and show solidarity towards the country in its war against Russia

Footage shared by the Ukranian embassy to the UK, President Volodimir Zelensky and Boris Johnson’s official Twitter handles showed the pair meeting and sitting across a table from each other, their respective flags on the far side. 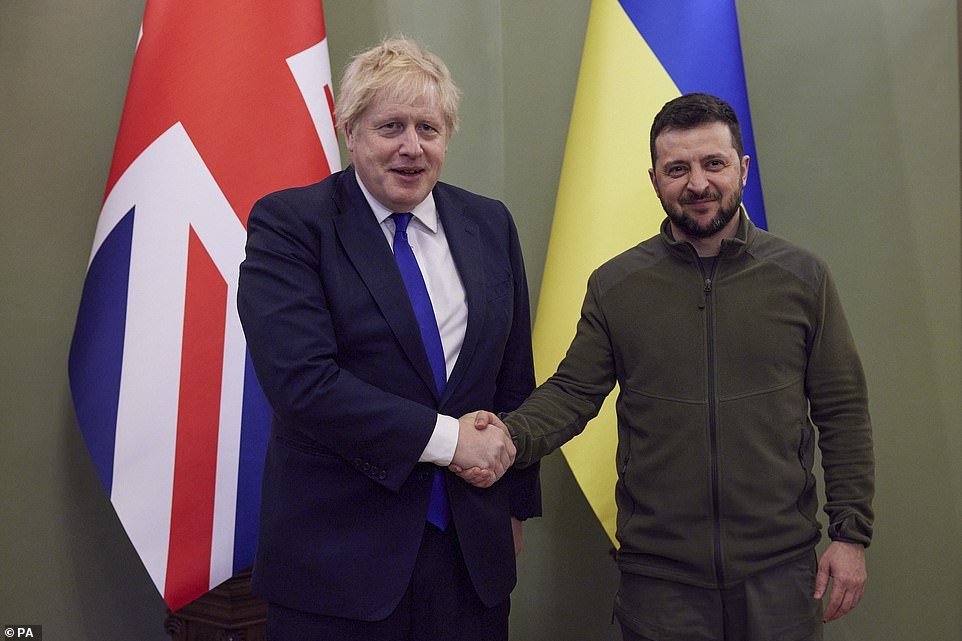 Johnson was wearing a dark suit and Zelensky a khaki overall, his signature attire in public appearances since the Russian invasion began February 24.

Reports in UK say that the visit was intended to be kept secret until the Prime Minister had flown out of the war zone but bis arrival was mistakenly announced in a mid-afternoon tweet by Ukraine’s embassy to the UK, which posted a picture of him chatting with Zelensky, with the caption: Surprise. 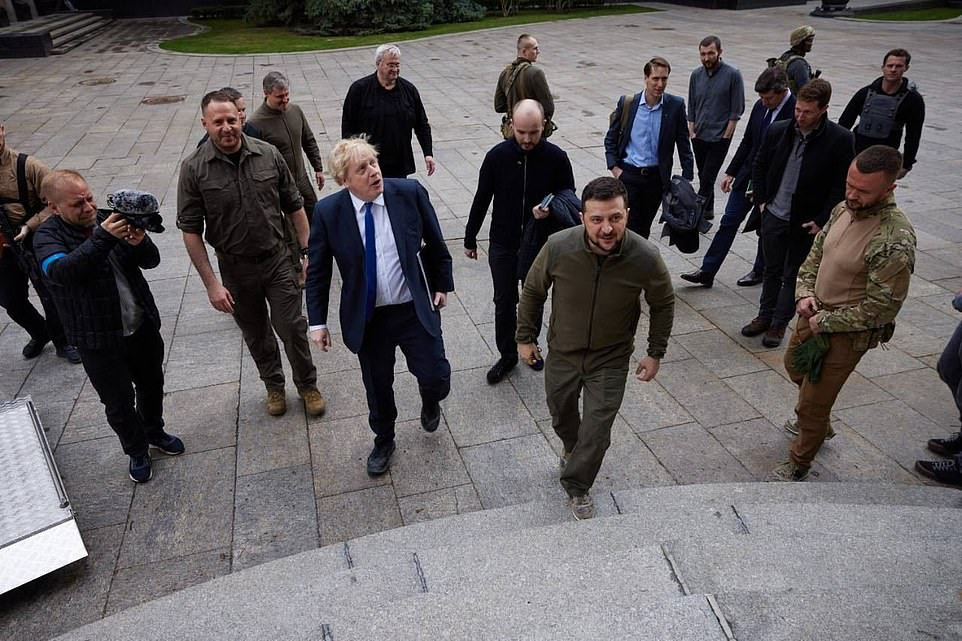 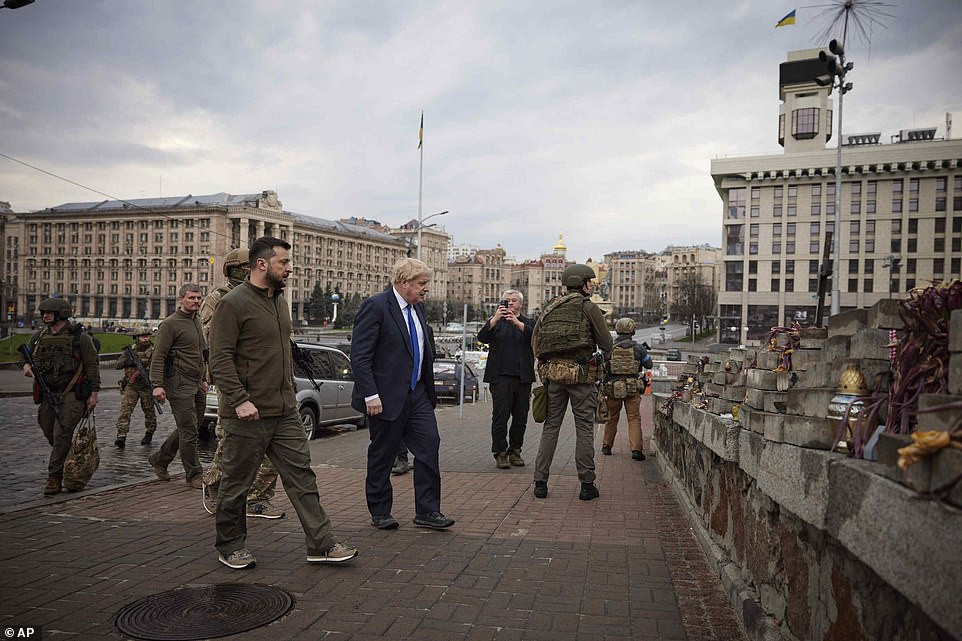 UK Security officials gave the green light to the visit after the exhausted and battered Russian forces which have tried to encircle Kyiv were withdrawn by Putin.

During the meeting Johnson praised the Ukrainian troops’ staunch resistance that has ‘defied odds’ in rebuffing Russia’s advance towards the capital of Kyiv. 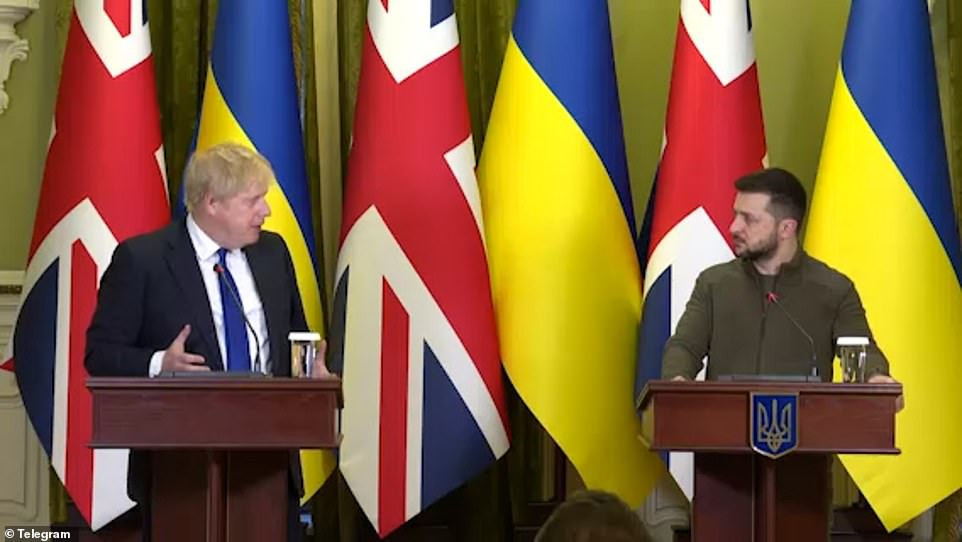 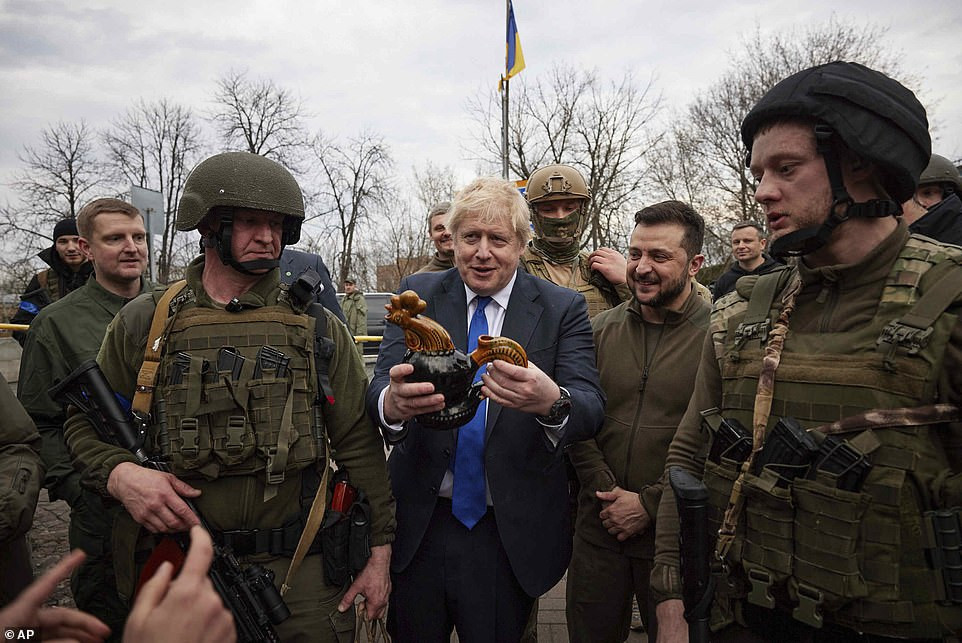 ‘I think that the Ukrainians have shown the courage of a lion, and you Volodymyr have given the roar of that lion,’ he said.  ‘The Russians believed Ukraine could be engulfed in a matter of days and that Kyiv would falls in hours to their armies. How wrong they were’. 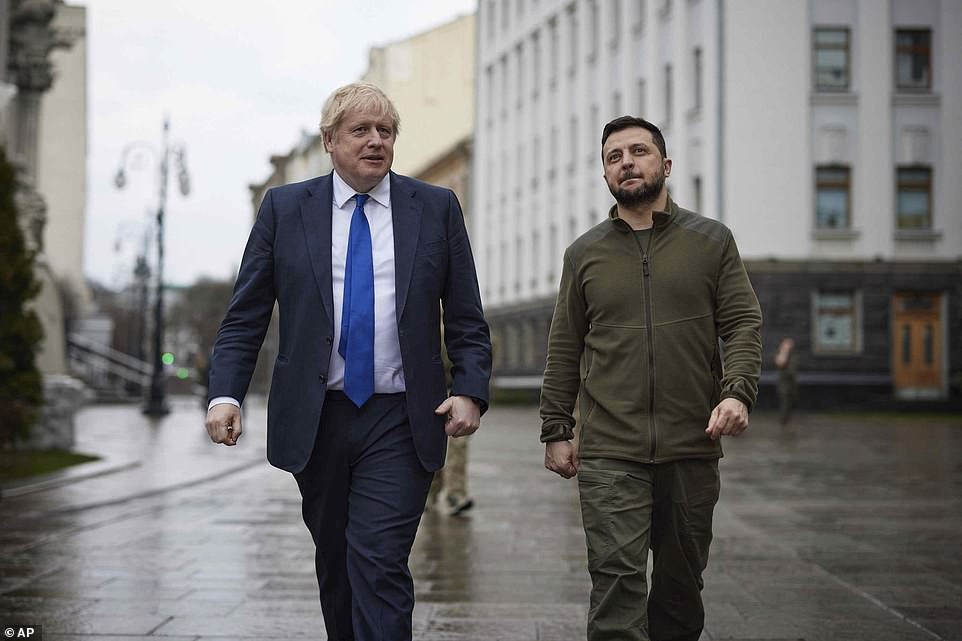 ‘What Putin has done in places like Bucha and Irpin is war crimes that have permanently polluted his reputation and the reputation of his government,’ the Prime Minister added.

After their meeting in a undisclosed building, the pair flanked by heavy security walked through the streets of Kyiv, greeted civilians and even posed for pictures as they visited a memorial center.

Johnson’s visit makes him the first G7 leader to visit Kyiv since Putin launched his invasion, and follows trips to Kyiv by European Commission President Ursula von der Leyen and the EU’s foreign policy chief Josep Borrell on Friday and the visit of the Austrian Chancellor Karl Nehammer earlier on Saturday.

Watch the videos below