According to a report by Cable, Rotimi Amaechi, minister of transportation, says he is burning with zeal to make a difference in the lives of Nigerians. Amaechi said this on Saturday in Rivers state while declaring his intention to run for the office of the president. The minister said his aspiration is not about fulfilling a personal ambition but a ”moral duty to give what I can in the service of my country”. 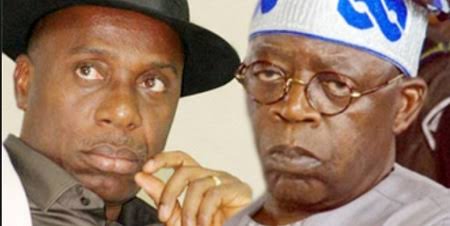 Unfortunately, on the hierarchy of national acceptability across the six geopolitical zones, financial muscles, and the home base factor, Amaechi is on the lowest rung of the ladder. After all the permutations, only two juggernauts might emerge based on the three factors listed: Atiku and Tinubu. These two kingmakers have been in the political ring ever before the 4th Republic. They understand how Nigerian politics is played and have the wherewithal to win at the primaries.

And who will procure the votes that Amaechi is relying on to be President? If Buhari supports a candidate in Nigeria today, it is reason enough for the person to lose. Tinubu is not subordinate to Buhari in the APC they are allies. He is not at the same level as Buhari as Amaechi or even Ọṣinbajo, he is a partner. Buhari can not unilaterally decide that there will be a consensus candidate, and Tinubu will not agree to consensus unless he is the candidate. And Amaechi can not defeat Tinubu.