Home MYTH Things Soldiers Aren’t Allowed to Do While Dressed in Uniform.

The Nigerian army, like all other government employees, is subject to a code of behavior that must be followed at all times, especially when wearing the military uniform. As a result, according to veteransunited.com, we’ll take a look at some of the laws that govern them, as well as how far the Nigerian Army has tried to follow them. 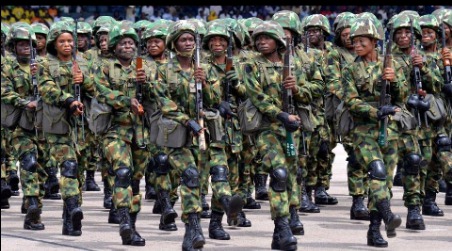 1.) Putting your hands in your pockets: Nigerian soldiers, like most soldiers across the world, are strictly forbidden from doing so. This is because it minimizes the likelihood of a military action being taken in an emergency and also demonstrates that the soldier is relaxed and not on high alert.

2) Walking while using a cellphone: Officers in the Nigerian army are not permitted to use their cellphones while walking, although the soldier may stop and take a call before continuing on his or her journey. This legislation also applies to persons who want to eat or smoke cigarettes while strolling; however, doing so while wearing an Army uniform is strictly prohibited.

4.) While not on duty, wearing the army uniform: Soldiers are not permitted to wear their army uniforms while engaging in personal activities such as vacations, trips, drinking, shopping, and a variety of other activities. If you must attend these events, you must first return home and remove your clothing before proceeding with your personal business. 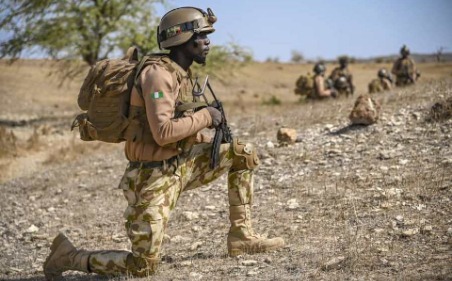 This restriction, however, is not strictly enforced, which is why we frequently encounter soldiers in public locations who are not on duty but are dressed in army uniform.