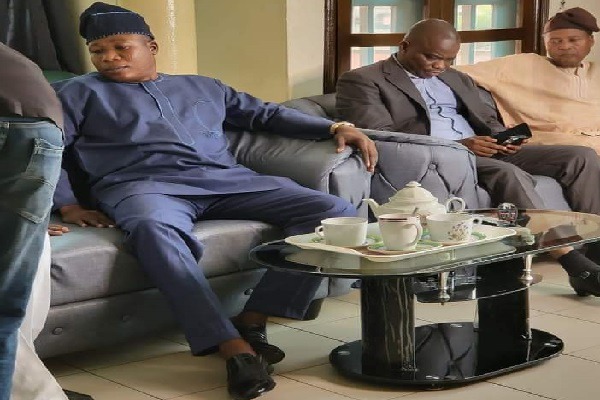 The meeting may be unconnected with on how Igboho can regain unconditional freedom.

The Nation reports Igboho, who fled l to avoid arrest, secured conditional release from prison in neighbouring Benin eight months after being in prison.

Igboho had been detained in Benin’s commercial capital Cotonou on accusations of “criminal association”.

One of his lawyers, Yomi Alliyu, a Senior Advocate of Nigeria, had said Igboho’s release was under the agreement that he should not leave the medical centre or Cotonou for any reason until completion of his case.