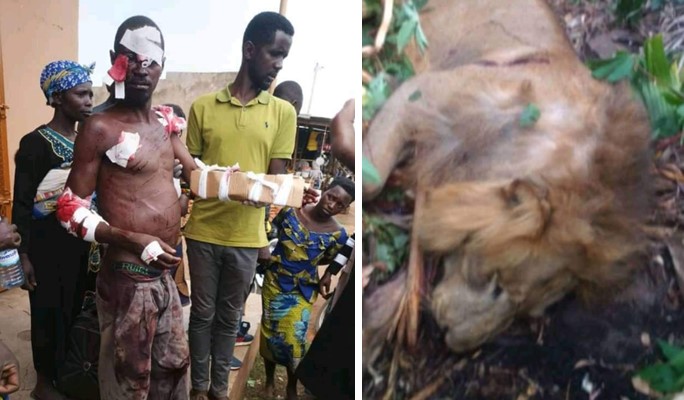 A courageous man has reportedly emerged victorious after a fierce battle with a Lion in Iganga district, Uganda.

It was gathered that he single-handed killed the animal which showed up outside his house in CMS, Iganga.

The brave man sustained serious bodily injuries during the fight and is said to have been taken to the hospital after he killed the Lion.

Twitter user, @Rickykagino96 shared photos of both the dead Lion and the badly wounded man.

He wrote; ”A man from CMS l ganga district eastern Uganda is nursing wounds after fighting a 🦁 lion he met near his home and killed it”