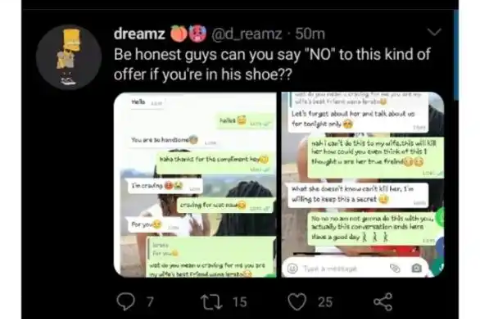 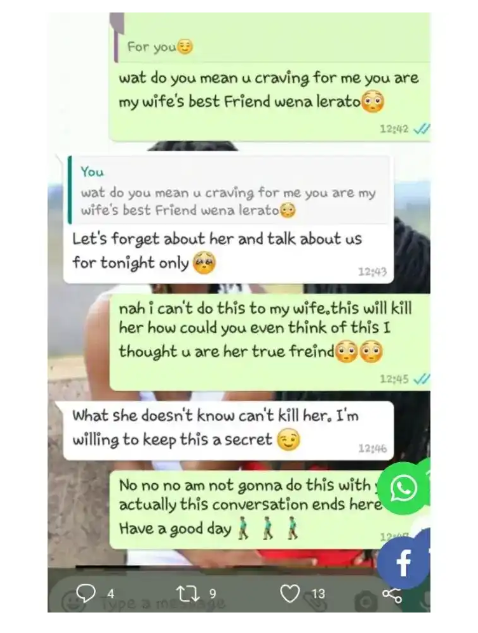 In the chat that caused a stir on social media, the woman was seen asking him for more than a one night stand, despite knowing full well that he was married. Worst still, to her best friend.

When the husband tried to remind her that she was his wife’s best friend, the woman said that she was willing to keep their relationship a secret and that his wife would not be hurt if she didn’t find out about their affair.

Infidelity in martial relationships is now on the rise. Many have killed and injured their partners due to ordinary suspicions. As a married lady or man beware of the friends you keep because your best friend might just be the one good enough to convince your partner into having extramarital affair with you suspecting a things.