The Quarter finals first leg of the UEFA Europa League games have come and gone but still the Top Teams are fighting hard to clinch the title for an opportunity appear in the Champions League fold next season. 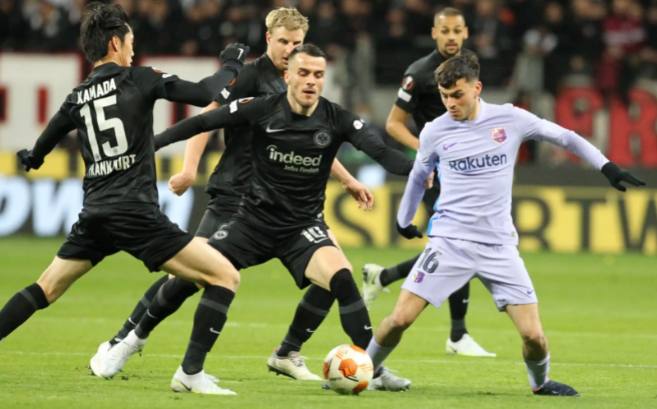 After eliminating Galatasaray of Turkey by 2-1 on aggregates in the Round of 16 stage, Barcelona continue to believe with their resilient attacking style of football after trailing Frankfurt 3 minutes into the 2nd half. Ferran Torres canceled Knauff’s strike in the 66th minutes to build Barcelona’s hope. However, Barcelona couldn’t take advantage of Frankfurt’s red card, shown to dismiss Silva Melo, after he broke the rule in the 78th minute, for his 2nd yellow card. Barcelona finally got the 1 all draw in Germany to prepare for the final show down at Camp Nou.

Following their victorious 4-2 show against Bayern Leverkusen in their round of 16 encounter, Atalanta grabbed a vital away draw in Germany with Leipzig after a tough encounter. Zappacosta’s through pass found Muriel who converted it to a goal in the 17th minutes to put the visiting Atalanta in the lead. Although Andre Silva’s penalty was badly taken after Demiral fouled Nkunku but few seconds after, Orban levelled for Leipzig in the 58th to make it a draw on the first leg of their quarter final clash. 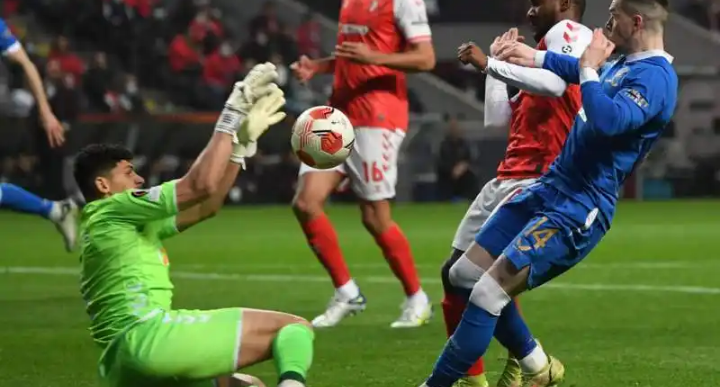 Following Braga’s triumphant stride over Monaco in the round of 16, the Portugal’s Giant Club lite up the night with the first goal of the night from Ruiz after they had a goal ruled out by the VAR and another hitting the cross bar. Ruiz strike 5 minutes from the interval, secured the half for the Portuguese club in front of home fans over Scotland’s Rangers that was hot in the Round of 16. The 2nd half came with no goal from both sides but a bit of good football. Rangers lost on away soil but still have another chance when they host Braga for the return show. 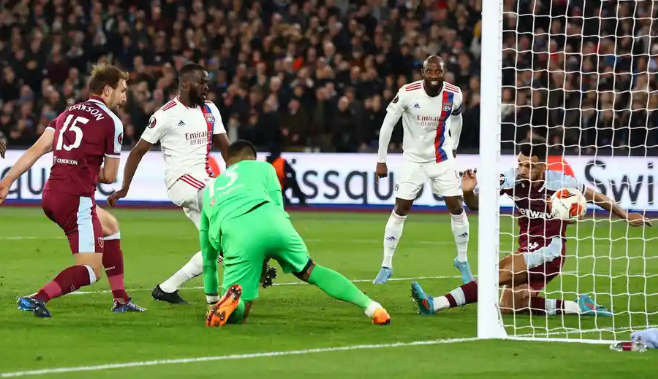 The only English Club in the Europa League, West Ham, having eliminated favourite Sevilla in the Round of 16 took another bold step against Lyon of France in their quarter finals first leg encounter. Even though Aaron Cross well was dismissed controversially by the referee after his tug on Dembele. The number reduction didn’t have any major effect on the Team as West ham took the lead from Jarrod Bowen’s strike in the 52nd minutes. Just when the English side were enforcing their tactical discipline on the away side, Ndombele levelled for the visiting Lyon of France after much efforts to make it 1-1 on the first night. 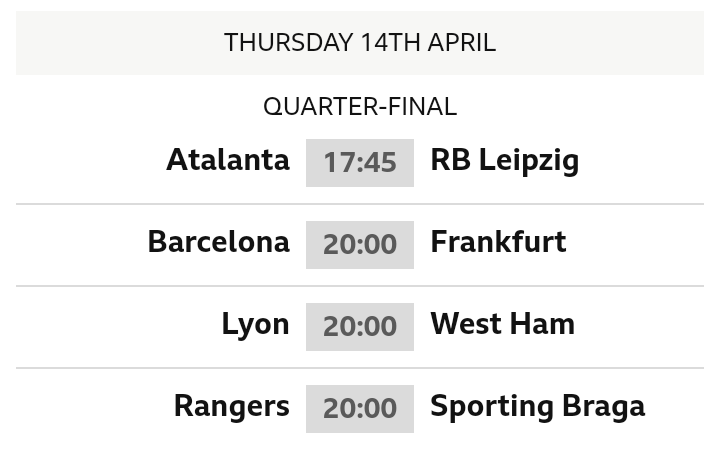 Atalanta will be hoping to take advantage of their home familiarity when they face RB Leipzig in Italy. Although Rangers were a bit exposed but still have a better chance to pay back their deficit after losing by a lone goal in the first leg. Much will be expected of Barcelona at the camp Nou when they host Eintracht Frankfurt in the quarter finals return leg. West Ham will have to race a rugged Lyon side when they get to France for the return leg.

3 Famous Players That Don’t Have Any Child. [Photos]

Pregnant Rihanna honored with a statue at Met Gala 2022

6 Medical Reasons Why You Should Eat Mangoes Regularly