Home POLITICS Asiwaju Owns All The Oil Wells & Banks In Nigeria & Other...

A well-known member of the All Progressive Congress Party APC Agbalanze Nnewi best known as Joe Igbokwe has taken to his official Facebook page to reveal some of the businesses allegedly owned by Bola Tinubu.

According to the elder statesman, he affirms that it is true the party chairman is the owner of all the oil wells in Nigeria and likewise the oil companies such the NNPC, Shell, Conoil, Texaco, Pan Ocean, AP, Aondo in Nigeria and other African countries.

Furthermore, the Special Adviser to Governor Sanwo-Olu on Drainage and Water Resources who seems to be a strong supporter of Asiwaju’s political ambition also made it known that it is also correct that his boss is the CEO of all the refineries, petrol stations, Tank farms, and the oil vessels in the country

Moreso, he noted that the presidential aspirant as well owns the following financial institutions in Nigeria such as the First Bank, united bank for Africa (UBA), Access, Zenith, Stannic IBTC, FCMB, Polaris, and others

It may interest you to know that the man in question is a powerful politician who is well respected in the political terrain however he is also rumored to have a lot of massive businesses across the nation and beyond. This appears to be the reason why Mr. Joe Igbokwe seems to have felt the need to sarcastically attest to what people thought was the truth. 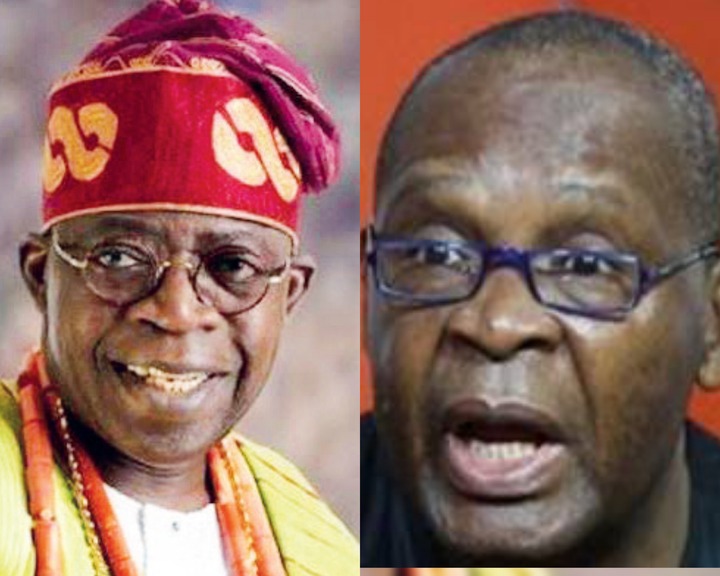 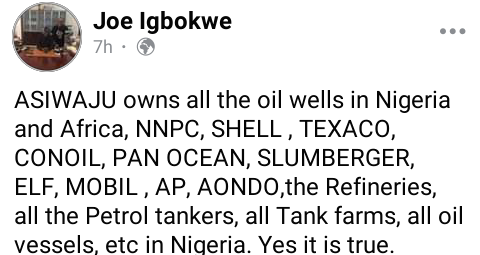