Home POLITICS APC Lawmaker Representing Lagos In NASS Since 2011 To Switch Alliance To... 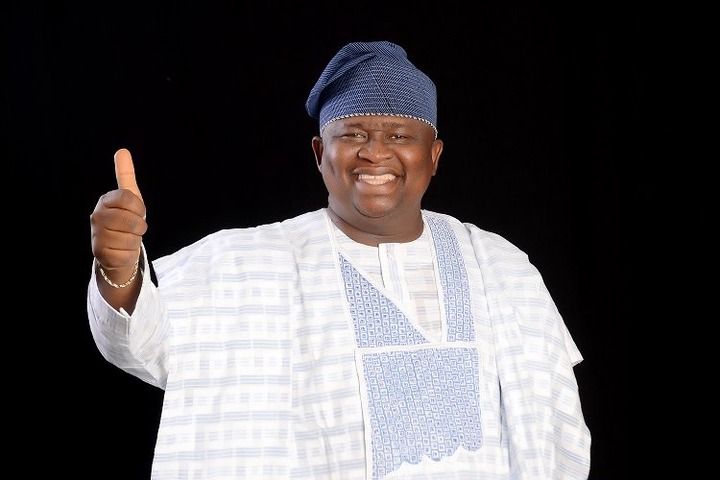 At a rally in Ilaro, organised by West-to-West Convergence for Dapo Abiodun (W2W4DA) Group, the chairman of the Senate Committee on Finance said he was heeding the call of his people to return home to contribute to the development of his people as he had done for Lagos West as their senator in the last six years.

“I want to thank God Almighty and the governor of Ogun State, Prince Dapo Abiodun, my leader and governor and other leaders from Ogun West for their interest in me and their well wishes, leading to the event of today in Ilaro, the administrative headquarters of Ogun West. I am officially declaring to heed their call as their son to run as a candidate for Ogun West Senatorial District in the 2023 election,” Adeola told the crowd.

He said the W2W4DA had stated that there was no vacancy at Oke Mosan in 2023, as Prince Abiodun was returning for a second term, based on his achievements in his first tenure, adding that the style of governance of the governor had ensured that all parts of Ogun State to the ward level had one development project or another to point to, unlike what happened in the past, with concentration of multi-billion-naira projects in some areas.

The senator said over the years, he had contributed to the development of Ogun West Senatorial District through efforts and facilitation of projects, which would increase in leaps and bounds if he was eventually elected as the lawmaker representing Ogun West in the Red Chamber.

“I was the major donator to the multi- million-naira electrification of the College of Agriculture, Olabisi Onabanjo University, Aiyetoro Campus. I facilitated the building of a modern library at the Federal Polytechnic, Ilaro as well as the ultra-modern community multi-purpose pavilion at Asade Agunloye Pavilion, Empire Ground, Ilaro and numerous empowerment in skill acquisitions, training and grants for many indigenes. As a ranking senator, all these will come in multiple for Ogun West just as I am doing for Lagos West at present,” he said.

Dr. Kunle Salako, the coordinator of W2W4DA, said similar rallies endorsing a second term for Prince Abiodun and for Senator Adeola to run as Ogun West lawmaker had been held at Imeko-Afon, Yewa North, Ado Odo-Ota and Ipokia local governments, adding that “this one in Yewa South is the grand finale as the home local government of Senator Adeola.

Adeola who made his foray to the National Assembly as a lawmaker in 2011 was the Chairman of House of Representatives Committee on Public Accounts. He then contested and won the Lagos West Senatorial election in 2015 and was reelected in 2019.