Home Entertainment You Will End Up Marrying Someone Else’s Boyfriend, Don’t Stress Yourself- Blessing... 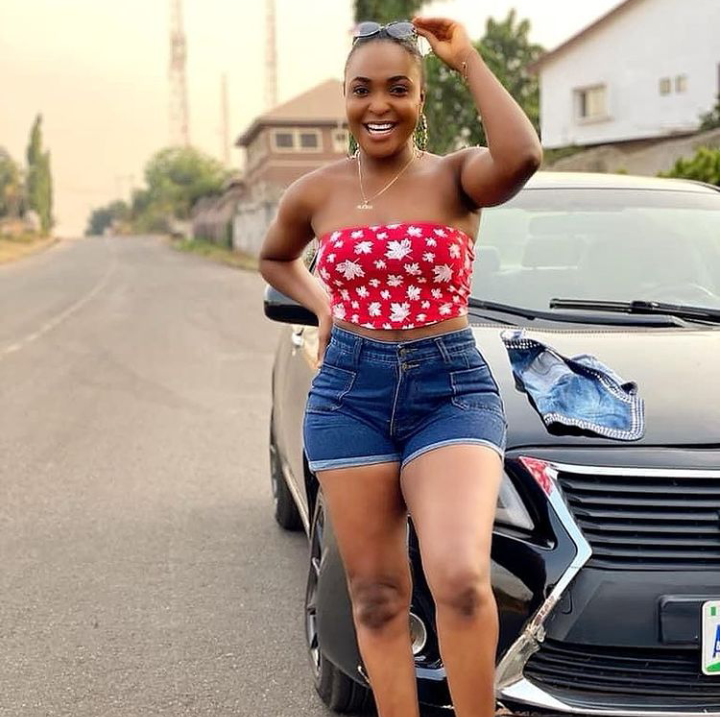 Nigerian relationship and mental therapist, Blessing Okoro popularly known on social media as Blessing CEO took to Instagram just a few minutes ago ask her female fans and followers to relax, that at the end of the day, they will end up marrying someone else’s serious boyfriend. 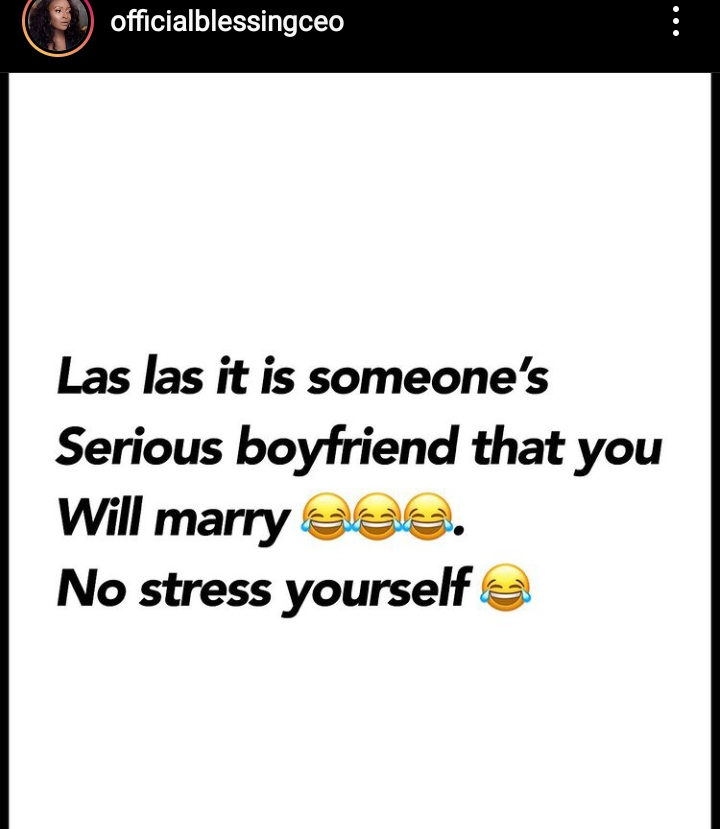 Taking to her official Instagram handle, the beautiful therapist admonished her fans, followers and other Instagram users not to get themselves stressed up, that they will eventually end up marrying someone else’s serious boyfriend. 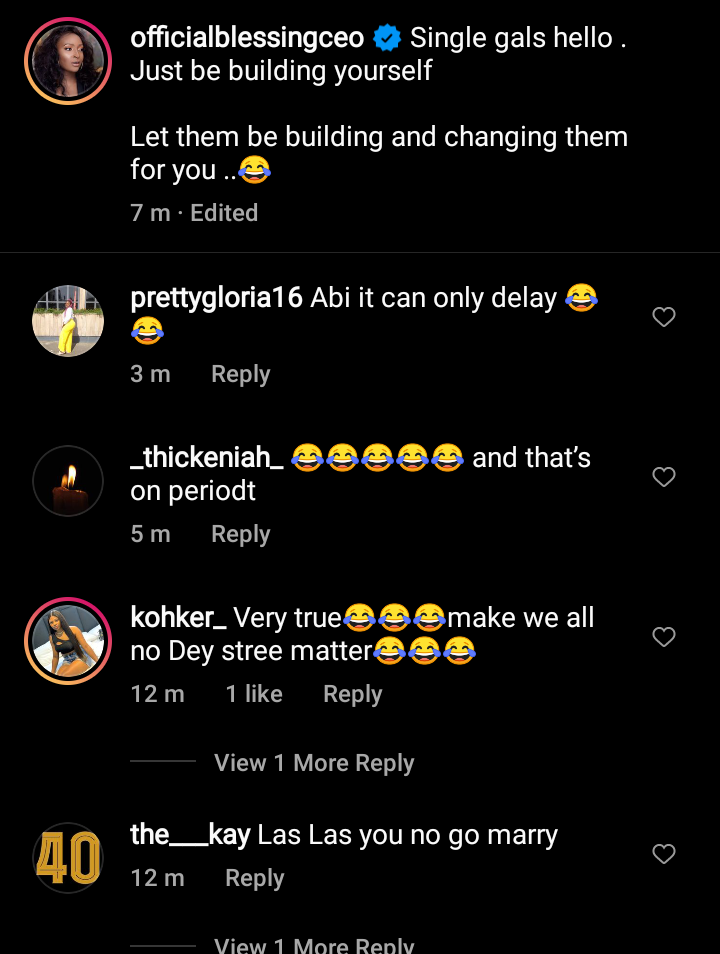 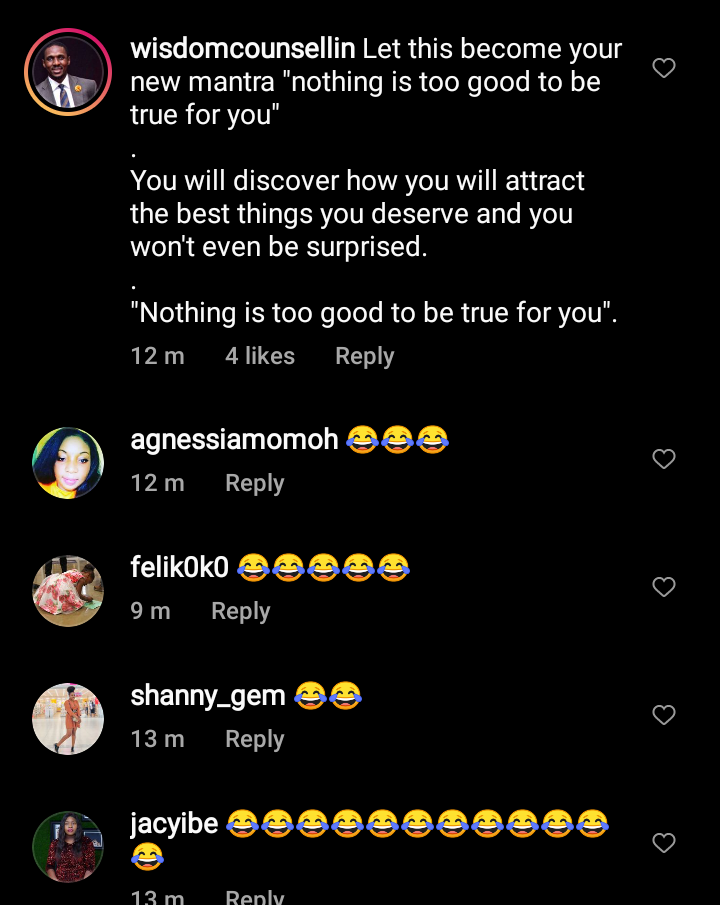 Shortly after she made the submission on her handle, her post has since been greeted with several reactions as fans and followers took to her post to engage and to the comment section of her post to express their opinions on her submission.

Explaining further, Blessing CEO noted that there are ladies who are building and changing men that will end up marrying another woman. Blessing CEO actually made a vital point here because it is not every relationship that climaxes in marriage.