Home GOSSIP Nigerian woman narrates how she unknowingly attended her own introduction as a... 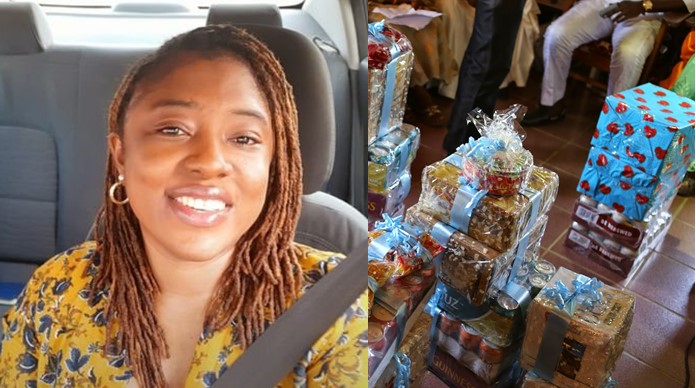 A Nigerian lady identified as Menja Shom has narrated the interesting way she ended up as a married woman.

She revealed that her man never officially wooed her and even the introduction came as a surprise to her.

The married woman shared her story in reaction to a Twitter user @MsVotie’s post asking men above 30 years to openly ask a woman out on a date instead of just expecting a relationship to start because the man and woman grew fond of each other.

Menja revealed that she went out without much preparation only to get there and realise it was actually her introduction.

@MsVotie wrote; ”30+ plus men think they will just gist with you into being their babe. From talking everyday to babe how are you.

Sir you will take me out on a proper date and ask me to be your babe o.”

In reaction, Menja noted that when a lady is into a man she may not really bother if he doesn’t formally woo her.

She tweeted; ”Nawaoh!!!! Me that they gisted into marriage 😃. @Verse_Shom good morning.

The truth is when you are feeling the boy, you tend to forget protocol. I can’t remember Verse asking me to marry him. I went as a guest to my introduction.

I didn’t even sew cloth or carry makeup artist 😐.

It is the reason most people suspected I was pregnant. Because just like that, marriage.”