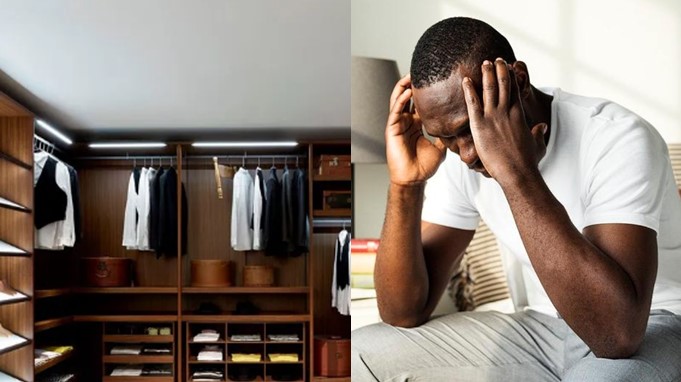 A Nigerian Twitter user has shared a story of how a married man made use of his friend’s apartment to spend some time with his side chic but it ended in a disastrous manner.

The man reportedly took the lady to his friend’s place in a bid to keep the affair under the radar, but she stole items from the house.

The tweep @ChrissieJide3 revealed that the lady stole designer clothes belonging to the owner of the house and even went away with provisions.

She wrote; ”This married guy took his side chick to his friend’s apartment and the babe stole almost all his friend’s designer shirts even provisions.”

When asked how she was able to steal the items with the man present, Chrissie said it happened when he went out to get something, but on returning, the side chic was nowhere to be found.

See how some netizens reacted below..

@TashaRoyal9; So the man couldn’t afford a hotel, and yet he has the audacity to be cheat…. SMH Low budget married man😒

@amnotyourdaniel; Walahi if na me be the friend the guy must bring that girl and all my clothes back before his wife knows

@king_Amie0; Serves them right next time as a friend u won’t condole the act of your married friend bringing his side chick to your house 🤣🤣🤣🤣🤣

@Kbeerust; She did well for her self she no wan lose she know last last the man will definitely go back to is wife rather she will never make it to is house

@Ayerish45000; Naso one of my side chicks stole my byc polo and short con still get mouth Dey say I’m not caring 😂😂😂

@prettys_slim; I have never been confused with my support how can something be good and be bad at the same time 🤣🤣