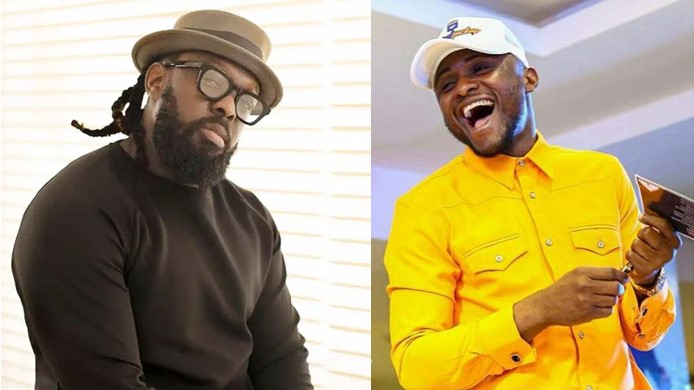 The music executive revealed via his Twitter page on Monday, April 4 that he put a call across to Timaya and they squashed their quarrel.

Few days ago, the duo exchanged insults and threats on social media and it all started with the Dem Mama crooner who claimed that he beat the talent manager and was ready to do it again.

In response, Ubi said the artiste was pleading with him when the said incident took place and he threatened to expose the ‘I Can’t Kill Myself’crooner.

However, Ubi said on Monday night that he and Timaya are in good terms and there is peace.

”Just got off the phone with @timayatimaya There is peace in the land. We move to greater things ❤️💯” he wrote.