The governor of Anambra State, Charles Soludo, has officially ended Monday’s sit-at-home in Anambra State. Soludo also set up a committee that would negotiate the release of the detained leader of the Indigenous People of Biafra (IPOB), Nnamdi Kanu, and other prisoners. 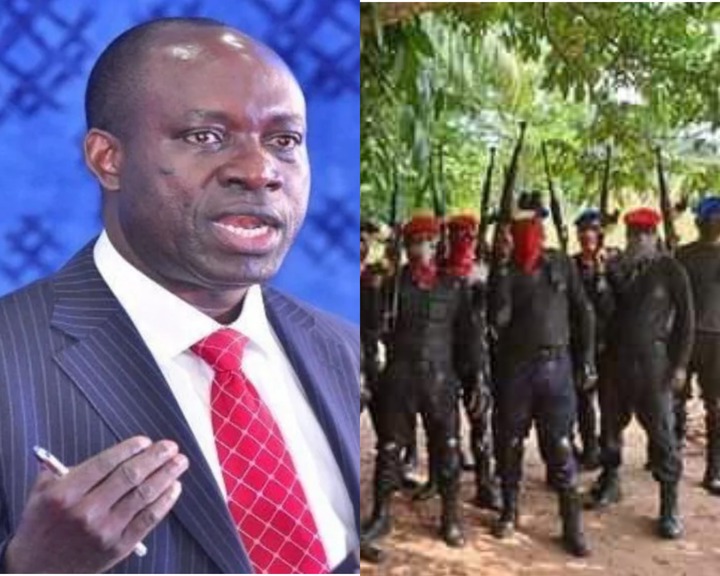 The governor made this known through a statement released on his verified Twitter handle today, April 4, 2022.

Soludo said the leaders in Anambra State have agreed to end the sit-at-home order and it has been ended officially today.

The former Central Bank Governor had earlier met with stakeholders across the state and declared a day of prayer to officially end the weekly sit-at-home that has destabilised economic activities in Anambra.

Soludo said he will be announcing the membership of the Peace and Reconciliation Committee that will look into addressing all areas of sincere challenge, including interfacing with the Federal Government on behalf of all prisoners of conscience.

He also offered amnesty to the gunmen hiding in the forests across the state. The governor asked them to submit their guns and work with him to give them a better future. 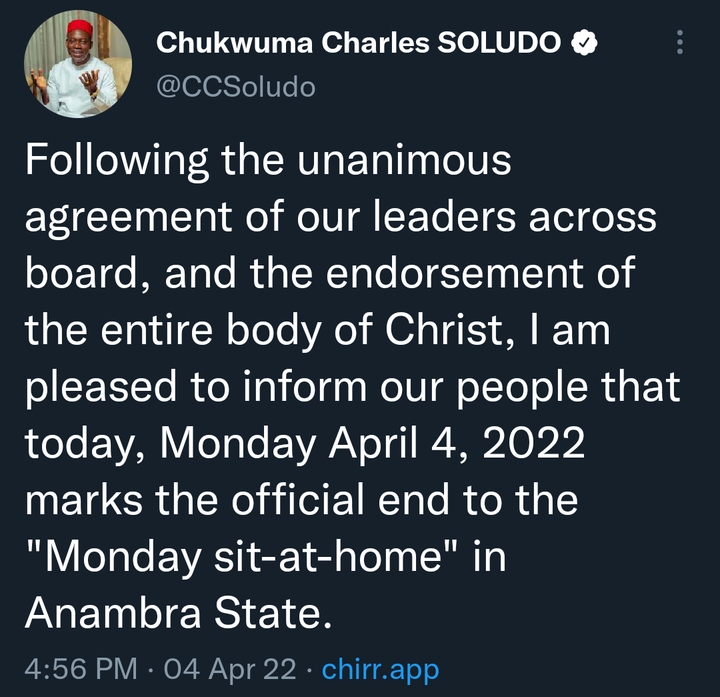 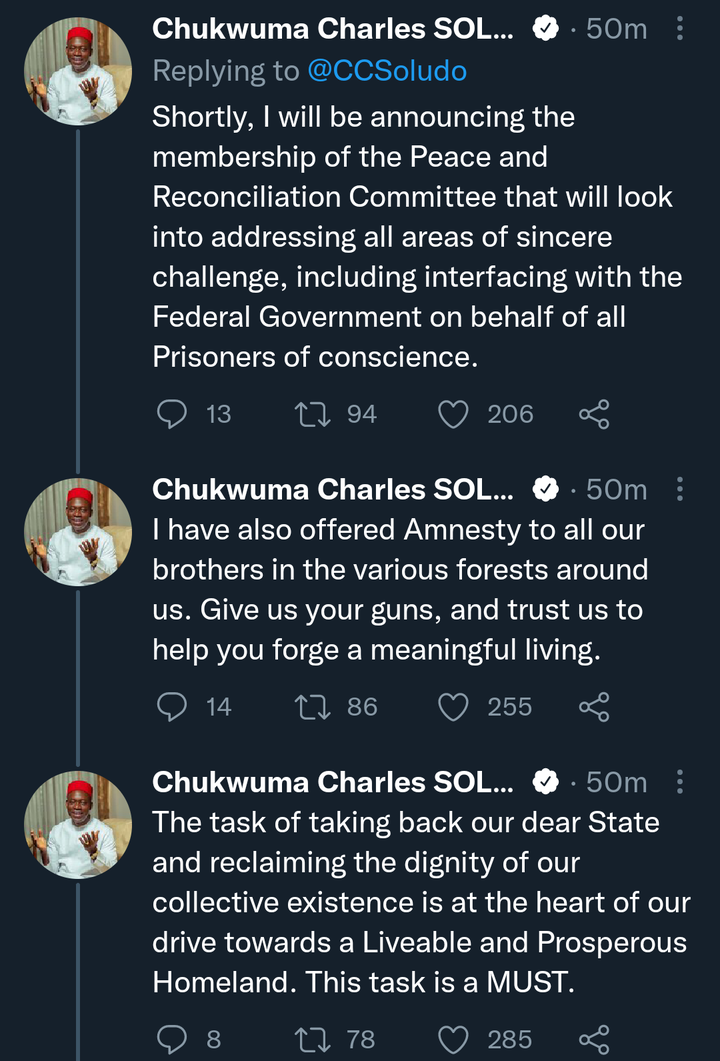