Home NEWS Chief Imam who was sacked for preaching ‘anti-Buhari and anti-government’ sermon gets... 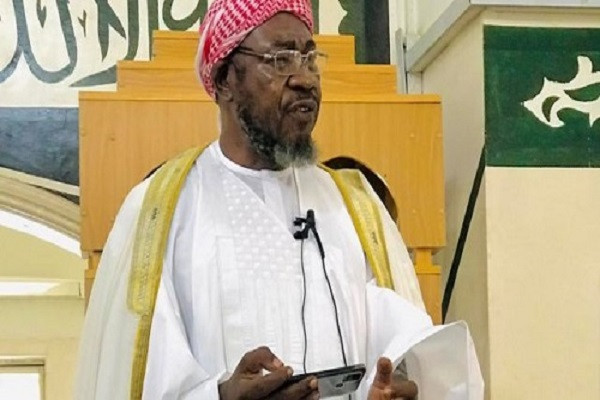 the Sheik flayed the government over its failure to tame the escalating insecurity and killings in the country. He was however sacked after being initially suspended for allegedly criticising President Muhammadu Buhari over last Monday night’s attack on an Abuja-Kaduna train.

Khalid has now gotten a new appointment from the Management Committee of a new Jum’mat Mosque behind the Central Bank Nigeria (CBN) Quarters, Abuja.

He is to lead the congregation with effect from Friday, April 8.

Confirming his new appointment, Khalid described the termination of his appointment by the mosque’s management committee as a necessary price he had to pay for identifying with the suffering masses and speaking truth to power.

“By the Grace of Almighty Allah, I will be leading my new congregation this Friday, because as clerics we need a platform to operate.

“There’s a Jum’mat mosque we built behind the CBN Quarters, in Abuja; I will now be leading the congregation there.”