Home GOSSIP “My boyfriend is leaving me saying my ‘toto’ is old and he... 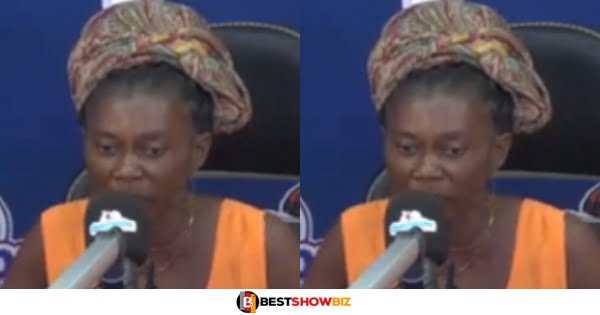 A 43-year-old lady is dissatisfied with the care she is receiving from her partner.

Yaa Boatemaa, who resides in the Ashanti Region’s Gyetease, claims that her partner deserted her because she is too old.

Yaa Boatemaa told Oyerepa Afutuo on Tuesday, March 29th, 2022, that she had lived with her boyfriend, Kofi Boampong, for 15 years. But, because she is too elderly to please him in bed, he has dumped her for another lady.

“I’m Yaa Boatemaa, and I’m 43 years old. For the past 15 years, I’ve been living with my partner, Kofi Boampong.

He claims I’m too old for him and that I won’t be able to satisfy him, therefore he won’t marry me. He has abandoned me in favor of another lady.”

Yaa Boatemaa mentioned that she spent several years traveling outside of her community. Her boyfriend had replaced her with a lady when she returned.

As a result, they got into a disagreement one day and decided to troll each other. “I don’t love you again,” the spouse asserted as the reason for their verbal exchange. You’re past your prime. “I’m not going to marry you.”

She reacted with a strong tone as well. The community’s chiefs and elders, on the other hand, accused her of verbally abusing Kofi Boampong.

Meanwhile, Kofi Boampong had stopped her from marrying a White guy who had pledged to marry her years before.

As a result, if Kofi Boampong wants to abandon her, he’ll have to pay a large sum of money as compensation.