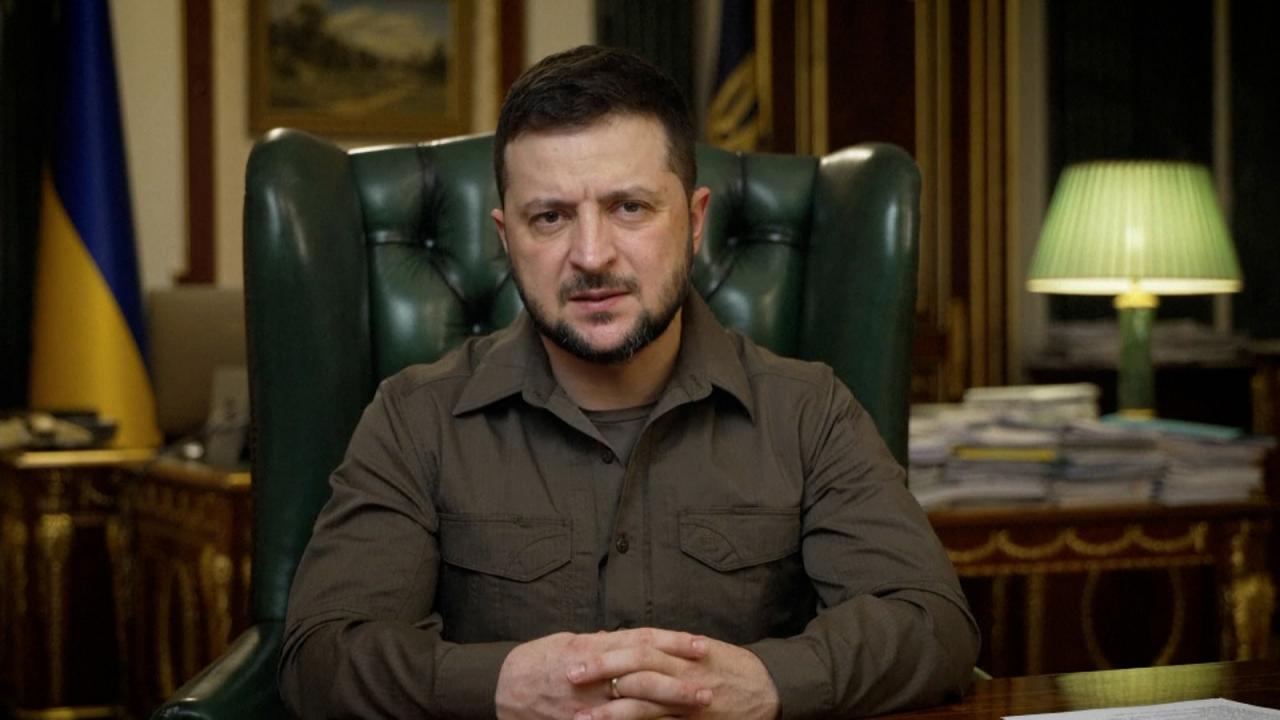 European leaders have accused Russia of genocide after retreating Russian forces left behind mass graves in the town of Bucha in Ukraine .

The Ukrainian government said on Sunday night, April 3 that they had found 410 bodies in towns near the Ukraine capital, Kyiv.

The government said mass graves, with bodies of civilians, their hands bound and bullet wounds in the back of their heads, littered the streets of the small town of Bucha, one of more than 30 towns and suburbs liberated by the Ukrainian army in recent days. 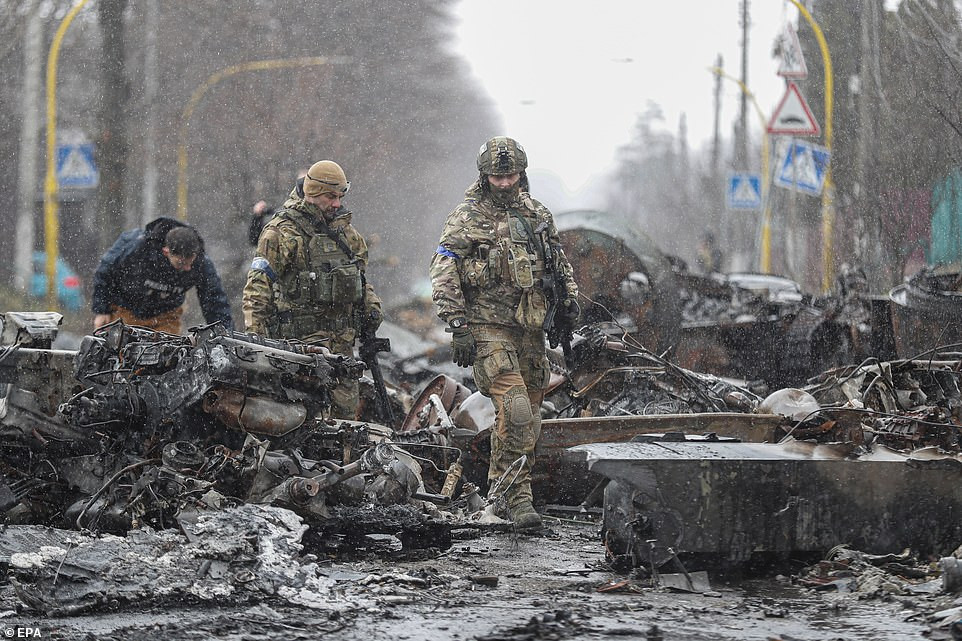 According to Ukrainian president, Volodimir Zelenskyy, survivors emerging from basements after weeks of hiding underground reported witnessing summary executions, sexual violence and terror not seen since Joseph Stalin’s Soviet rule of terror in the 1930s. 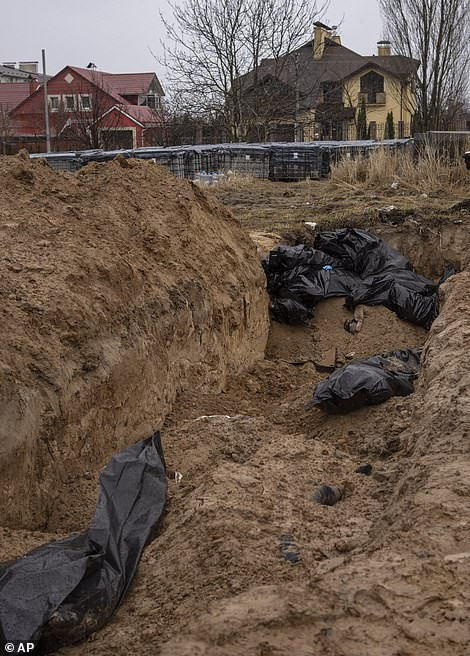 In one graphic photo released by the Ukrainian government, the body of a man, with his wrists tied behind his back, could be seen lying on a street 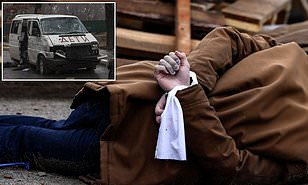 In another incident in Bucha, Russian soldiers allegedly forced five men on to their knees, pulled shirts over their heads and shot them in the back of the head.

Another woman in the town said Russian soldiers took her and 40 others to a square to witness a similar scene with four men – although this time just one of them was shot. 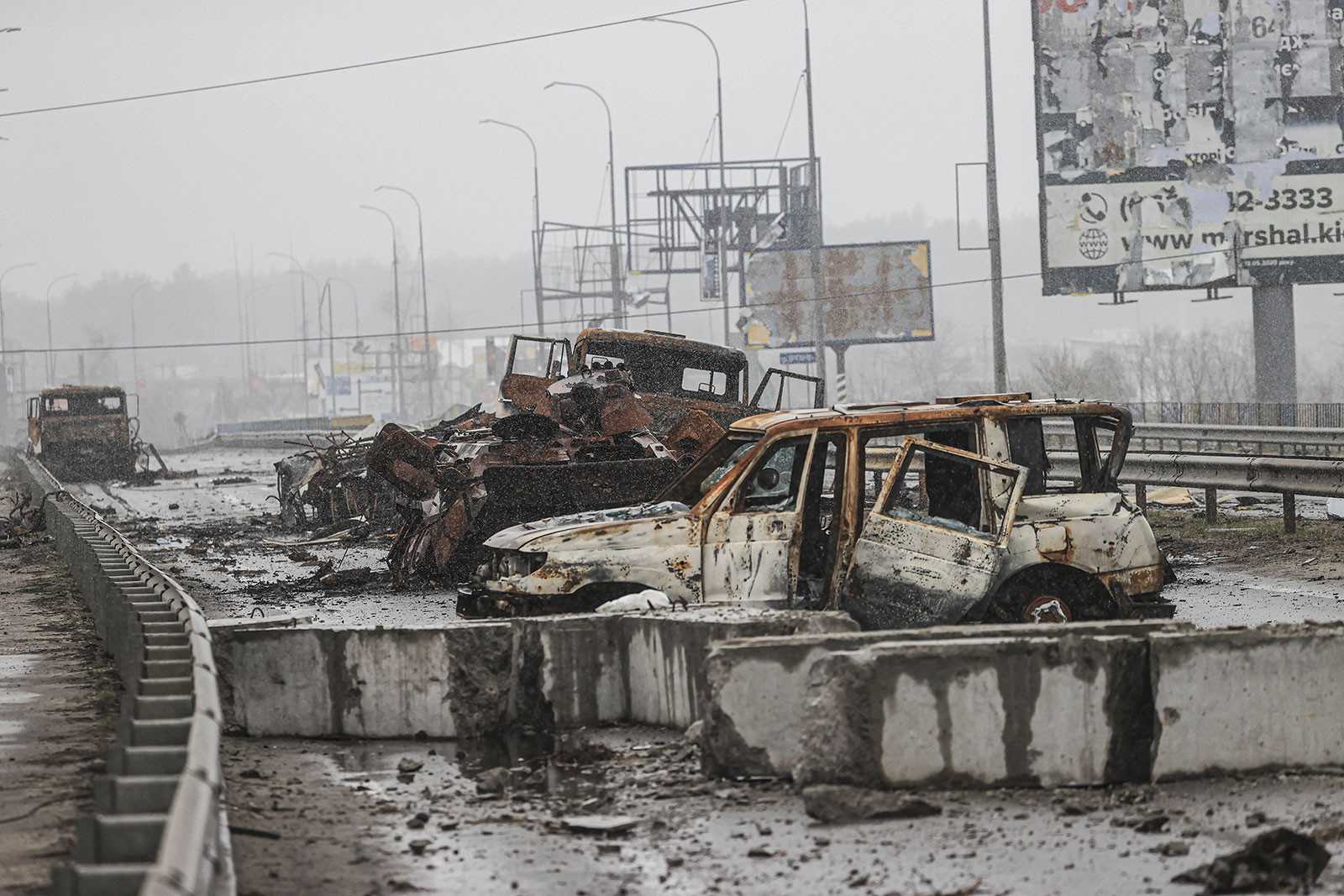 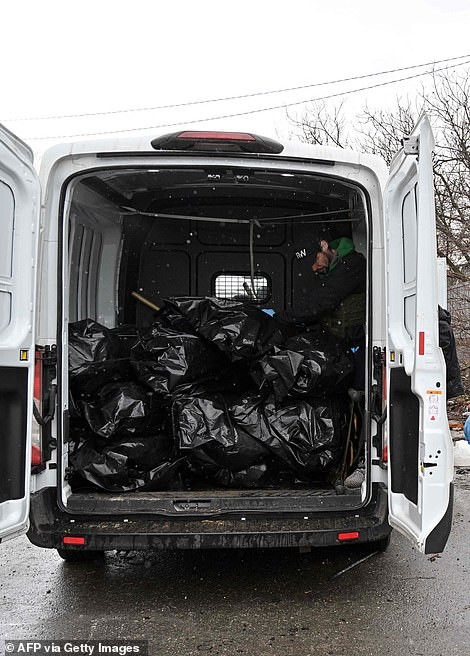 Ukraine’s defence ministry tweeted footage of the scenes, also comparing the harrowing images to the 1995 murders of 8,000 Muslim men and boys in Bosnia.

It said: ‘New Srebrenica. The city of Bucha was in the hands of animals for several weeks.

‘Civilians were being executed arbitrarily, some with hands tied behind their backs, their bodies scattered in the streets of the city.’ 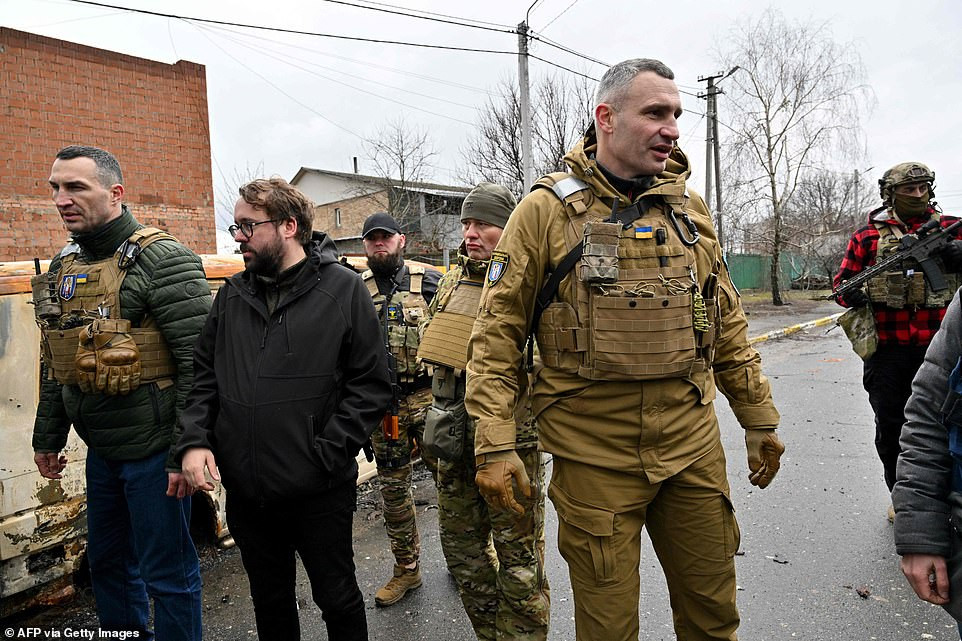 The UK, France and Germany, along with the NATO Secretary General, on Sunday night called for an international probe to be opened into allegations of Russian ‘war crimes’.

Estonian prime minister Kaja Kallas declared: ‘It’s not a battlefield, it’s a crime scene’ in reference to the horrific images.

Zelensky said: ‘This is genocide. The elimination of the whole nation and the people.’

Mr Klitschko said pictures of the devastation were ‘painful to see’. He added: ‘They are killing civilians, they kill children, women.’

In a statement, Boris Johnson said the UK is ‘stepping up’ its sanctions and military support, and ‘bolstering’ humanitarian help for those on the ground.

‘The UK has been at the forefront of supporting the International Criminal Court’s (ICC) investigation into atrocities committed in Ukraine.

‘The Justice Secretary has authorised additional financial support and the deployment of specialist investigators – we will not rest until justice is served.’