Home Entertainment I’ll do anything, just link me up – Nigerian fan pleads with... 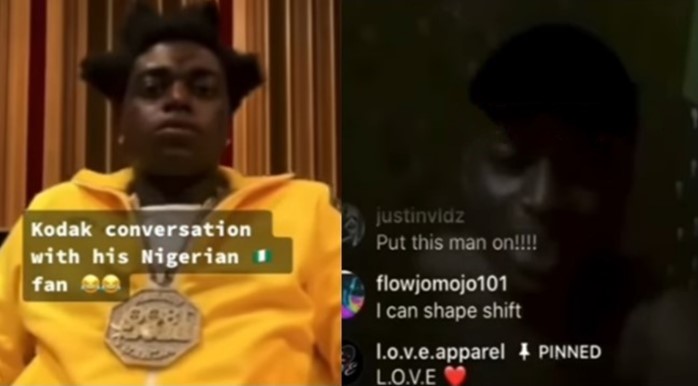 American rapper, Kodak Black went on his Instagram to have a live session with a Nigerian fan who was so excited and overjoyed to get a chance to speak with him.

The young man declared his undying love for Kodak and the artiste in turn said he loves his support and show of love.

The fan went on his knees and pleaded with the musician to link him up, saying that he does not want money or anything from him.

According to the young man he just wants to be like the rapper. He asked Kodak Black for a follow back on Instagram and said he is willing to do anything for the rap star to help him.