Home NEWS Igangan Eviction: I don’t support the call for the release of Igboho,... 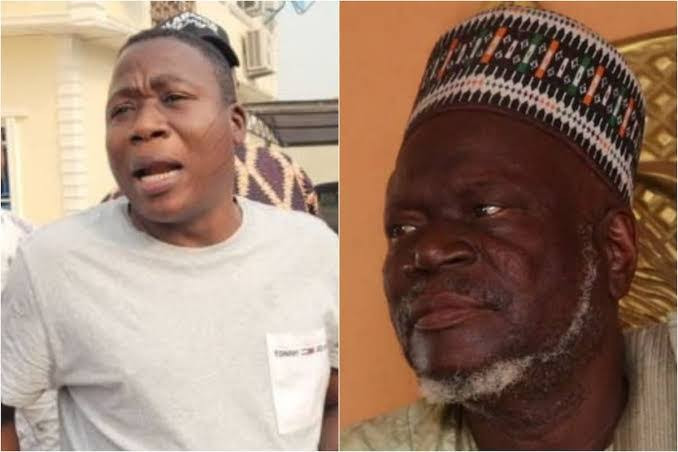 Saliu Abdulkadir, the evicted Sarkin Fulani of Oyo State has said that Yoruba nation agitator, Sunday Igboho must be regretting his role in Igangan eviction by now.

Following killing of some residents of  Igangan community in Ibarapa axis of Oyo State in January 2021, Igboho stormed the community and issued a week ultimatum to the herders in the community and the Sarkin Fulani to vacate their settlement.

As tension rose in the community,  the entire Gaa Seriki (the Sarki’s settlement) was razed down, while the Fulani leader, his wives and children and other members of his family scampered for safety.

Commenting on the incident one year after in an interview with Daily Trust, the Sarkin Fulani said any time he remembers the January 22, 2021 incident, he cried. He also maintained his innocence over the incidents of kidnapping and killings in the community.

“It is on record that only three Yoruba persons were kidnapped in Igangan since the problem started; others were Fulani.

“I lost my younger brother in the process. We lost several of my kinsmen. You cannot even count the number of cows that were rustled. It was a sad moment for me. I lost everything I laboured for all my life and life has been extremely hard since last year when Sunday Igboho stormed my settlement.”

Speaking on the earlier quit notice issued by Igboho prior to his eviction, Sarki explained that he did not handle the eviction notice with levity and he got assurance from the state government after the quit notice, but he was surprised that Igboho carried out his threat without anybody challenging him.

“For those seven days, the state government sent 14 police officers to us and they were guiding us but the police officers were overpowered by Sunday Igboho’s men. This is why I don’t support the call for the release of Igboho.

“I am sure he must be regretting his actions now. Any Nigerian can live in any part of the country and I have always said that there are criminals everywhere. There are criminals among Yoruba just like we have among the Fulani people. This is where we expected the government to come in and fish out those who are criminally minded.”

The Sarkin Fulani said one year later, he still hoped that justice would be done and he would be compensated for the properties lost during the crisis.