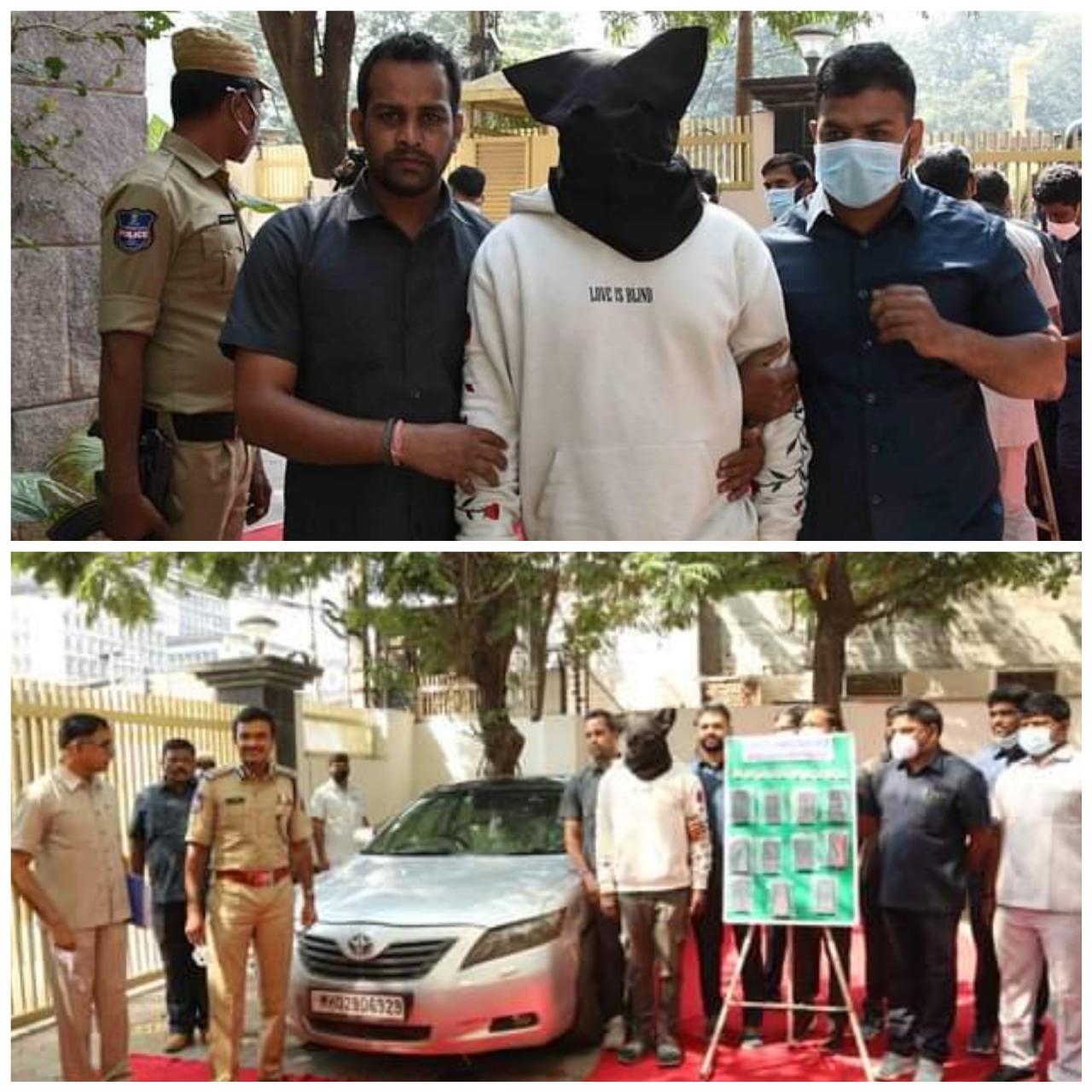 In a major breakthrough, the North Zone Task Force of Hyderabad City Police have arrested a Nigerian national, Chukwu Ogbonna David, the kingpin of one of the major international drug rackets.

Ogbonna, who has managed to stay elusive for many years was arrested on Thursday, January 20, in Mumbai and brought to Telangana.

He is said to have been running the drug racket with agents in metropolitan cities like Hyderabad, Mumbai and Chennai.

On the basis of information given by the accused, the Hyderabad Commissioner’s Task Force team had busted a drug racket allegedly operated by Tony and seized 10 grams of cocaine and 11 mobile phones.

Police also arrested nine of the 13 high profile businessmen in Hyderabad who were “consumers” of the drug supplied by Tony.

Announcing the arrest of the gang, Hyderabad Police Commissioner CV Anand, said Tony who was presently staying in Andheri East in Mumbai, has been supplying drugs to people of affluent sections in the city.

“In the year 2013, he migrated to Mumbai from Nigeria on temporary VISA. Since then, he is illegally staying in Mumbai. Initially, he was engaged in the export business of garments and wigs to African countries. After coming in contact with drug peddlers, tony decided to come into this business,” Anand said.

“Tony purchased drugs from an international drug peddler called ‘Star Boy’ (African national). With the help of his agents, he transported drugs from Mumbai to Hyderabad. Money used to get transferred via online mode to his agents’ accounts,” he said.

“Niranjan and Sagar took the SIM cards of their office boys Srikanth and Subba Rao to speak to Tony. Hence the office boys were also booked,” Anand said, adding that the police were also probing if the seven persons were supplying drugs to others.

The police also found Tony established a network of agents in different places including Mumbai, Goa and Hyderabad and after accepting online payments, supplied the drug.

“Tony carried out his activity mostly in South Indian States. We are also probing if the consumers were hosting parties and using the drug,” the CP said.

The main supplier Star Boy, according to the police, used only WhatsApp or VOIP network to contact his agents.

“He himself never exposed himself to his agents or customers. He communicated with everyone using International phone numbers with WhatsApp calls and VOIP calls. He has around 15 to 20 customers in Hyderabad,” Anand said.

“He does not meet anyone nor does he interact through direct phone calls. We suspect he is operating from some African country and through his network supplies the drug in containers shipped to India,” Anand said, adding that the City Police would be writing to the Ministry of External Affairs and Ministry of Home Affairs seeking help in contacting the Nigerian government to nab Star Boy. 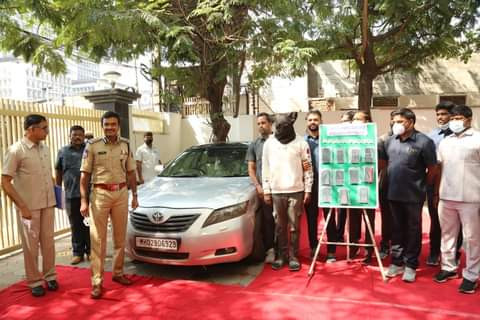 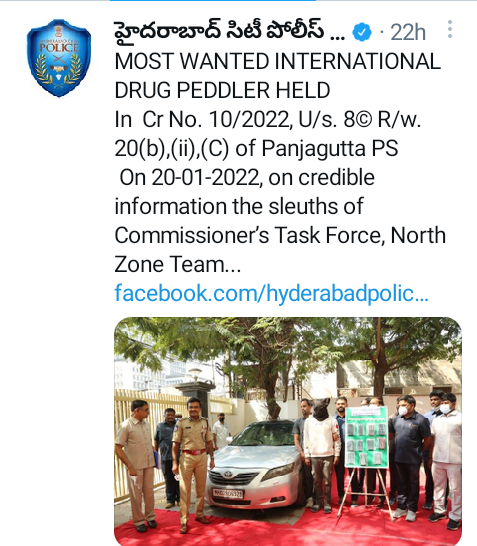