With the Group stage of the 2021 Africa Cup of Nations in the book, only 16 of the original 24 teams remain standing, with 8 teams heading home. 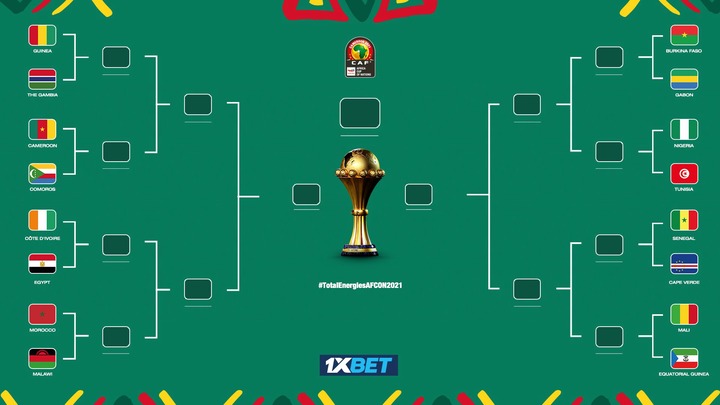 All teams that finished first and second in their respective Groups, qualified for the Round of 16, while four best third placed teams also made it through to complete the 16 teams.

CAF posted on Social media the Round of 16 fixtures for the 2021 Africa Cup of Nations. 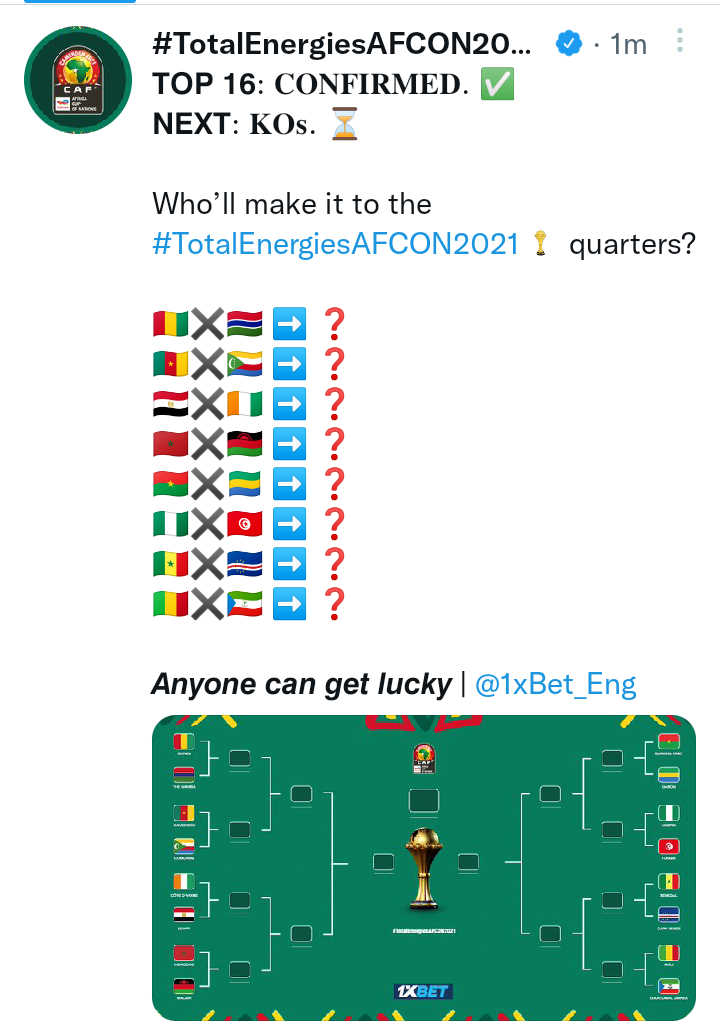 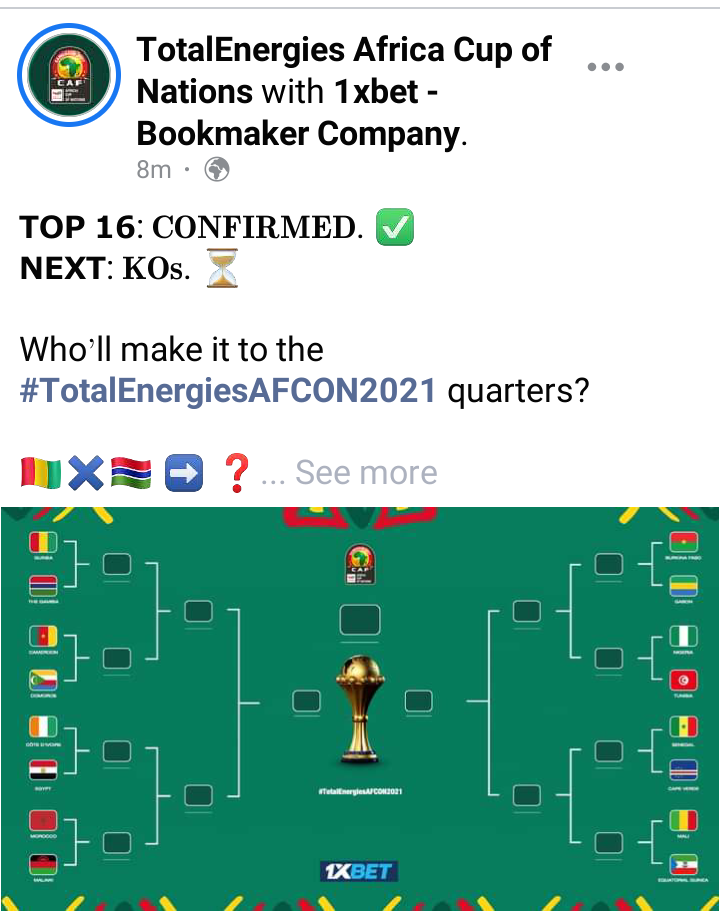 This confirmed AFCON round of 16 fixtures have attracted reactions from fans as some started telling their opposition team to start packing, while have tipped their team for Gold.

Here are some screenshots of reactions from fans: 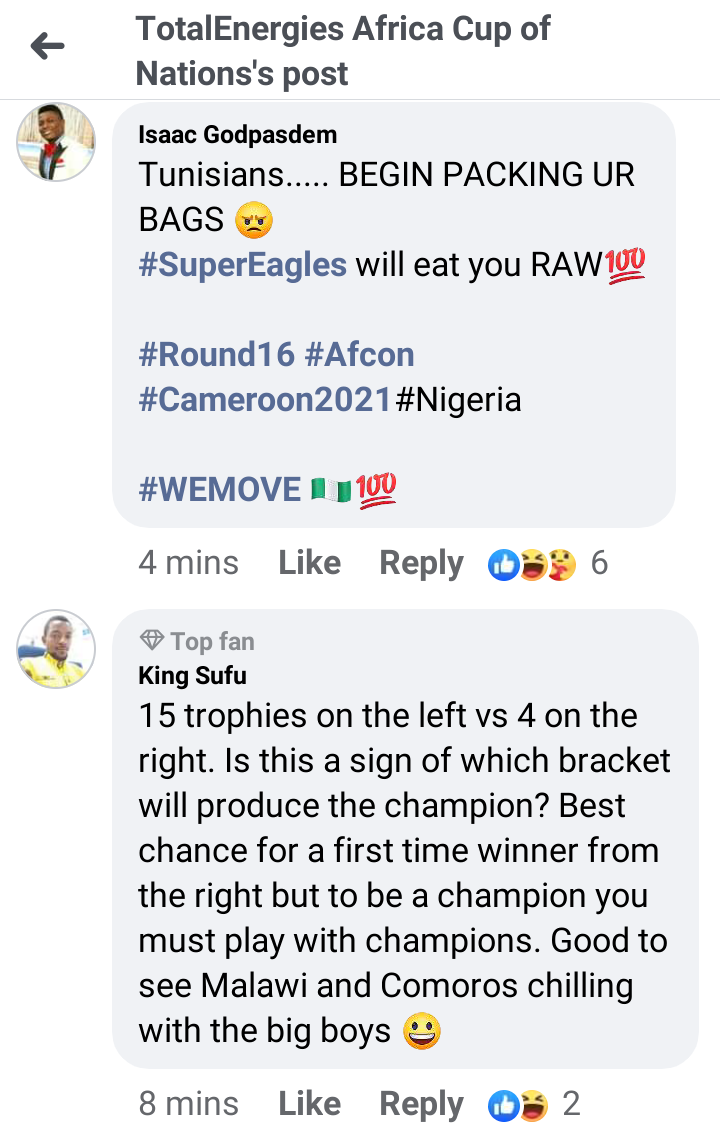 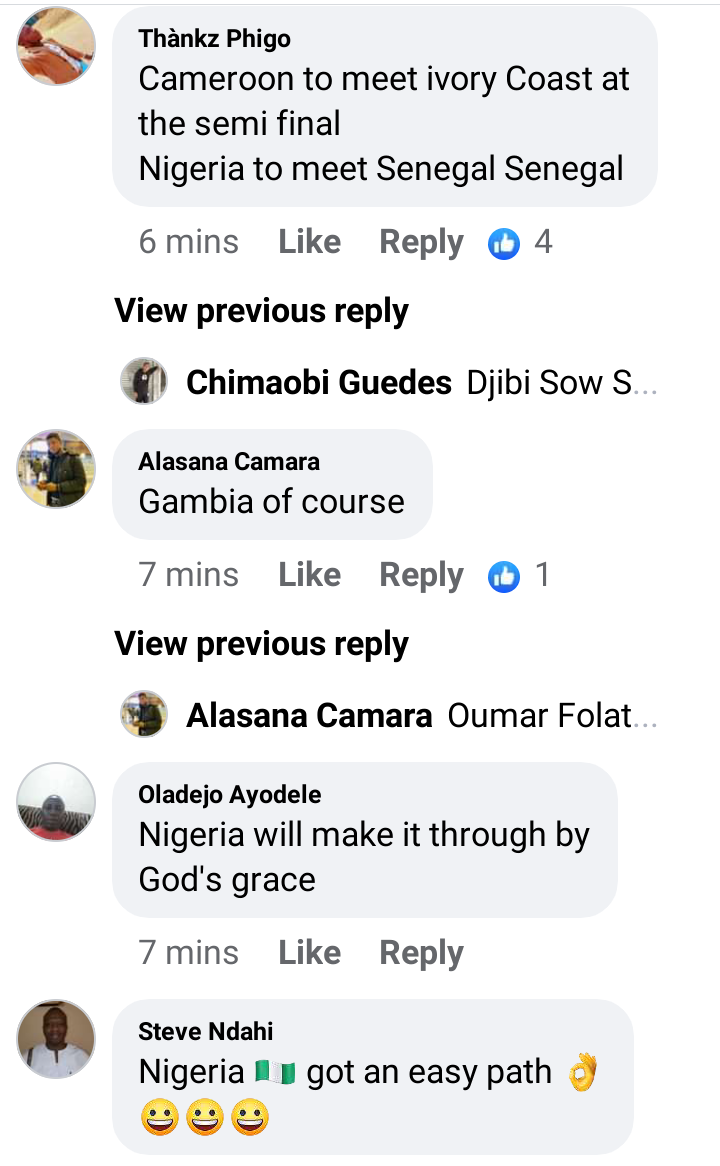 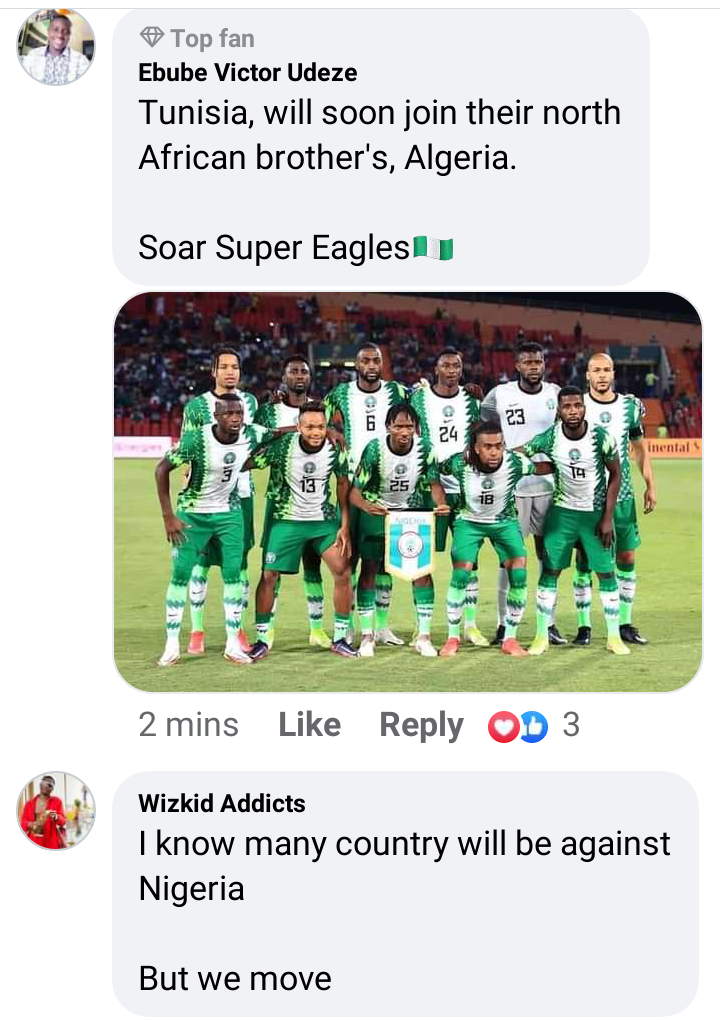 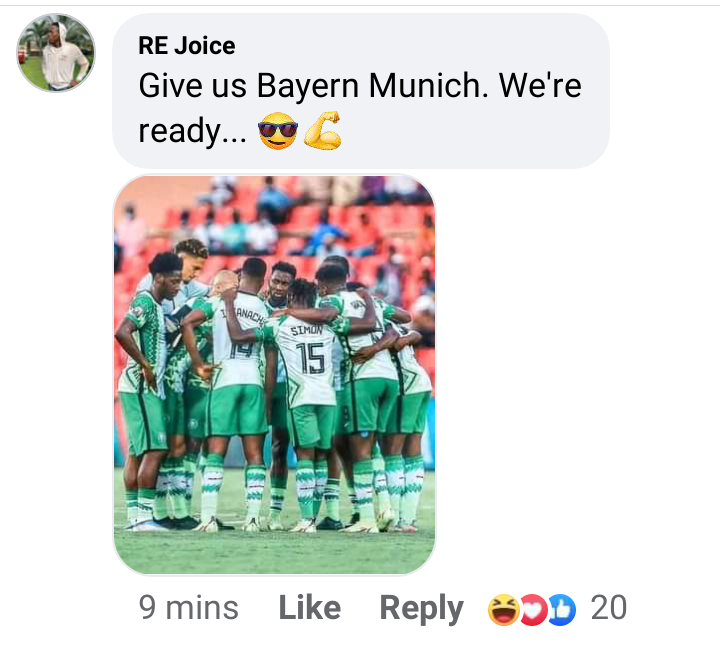