Home GOSSIP You have not succeeded in building one single thing – Davido slams... 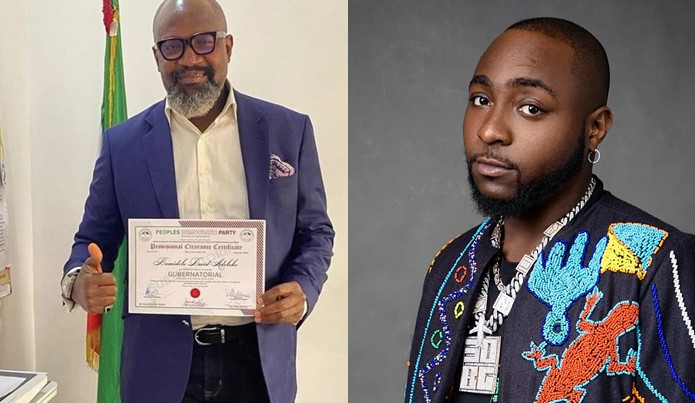 Ace Nigerian singer, David Adeleke popularly known as Davido, has taken a jab at his cousin, Bamidele Adeleke, for declaring interest to run in the 2022 Osun State gubernatorial election against their uncle, Senator Ademola Adeleke.

The award-winning musician took to his Twitter page on Tuesday and shared a picture of his cousin who posed with a provisional clearance certificate for the Osun State gubernatorial election under the Peoples Democratic Party.

Davido noted that his cousin, Bamidele struggled to graduate with a Second Class (Lower Division) and has not succeeded in building “one single thing in his life on his own.”

He wrote; “Wonderful! Me I finished uni with a 2:1. But it’s now cousin dele who struggled to even get a 2:2 that is now forming “intellectual”. Intellectual that has not succeeded in building one single thing in his life on his own. This life ehn! Osun beware of FAKES! @deleadeleke001”