We are all aware that different laws and principles guide our existences and everything we do. For example, the laws of nature are in charge of our being such as growing old from infancy. Also, there are physical ones which include the law of gravity. For instance, an Aeronautical Engineers build aircrafts according to their carrying capacities. That is their abilities to carry loads based on their sizes and power. And such principles are strictly obeyed by their users, otherwise, disasters are bound to happen. But what about a breach of the norms during emergency situations such as the one in which the Afghans found themselves two days ago?

Last Sunday, when the Taliban militants were conquering Afghanistan, the citizens of the country were thrown into a state of confusion as they tried to flee from the feared conquerors of their country. And in doing they, a mammoth number of them thronged the Hamid Karzai International Airport in Kabul where the Americans were rendering them humanitarian assistance by evacuating them onboard their C-17 Jet en route Qatar. However, one significant thing that is hard to digest transpired as a result of the pandemonium of that memorable day. In a desperate desire to help as many of the embattled Afghans and stranded Americans to flee from Afghanistan, the number of them which was 640 who struggled to find their way into the cargo aircraft was more than its carrying capacity of 150 which is ratio 1-to-4! Yet, despite this great risk, the heroic Pilot successfully arrived at his destination.

Although, the above adventure taken by the said American Pilot was consequential, it should be avoided all the same. 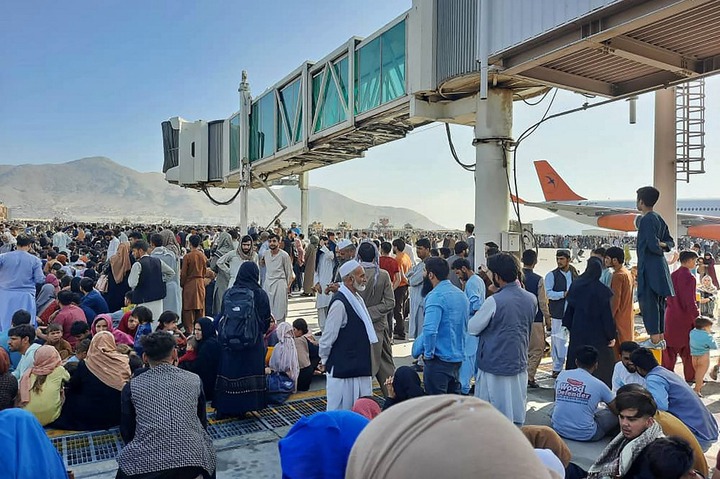 We won’t start a war with China, but will defend ourselves full on – Taiwan Military says

Russia says its Navy chased U.S. naval destroyer away from its territorial waters

Afenifere tackles Adenisa for comparing Buhari to Awolowo and Azikiwe