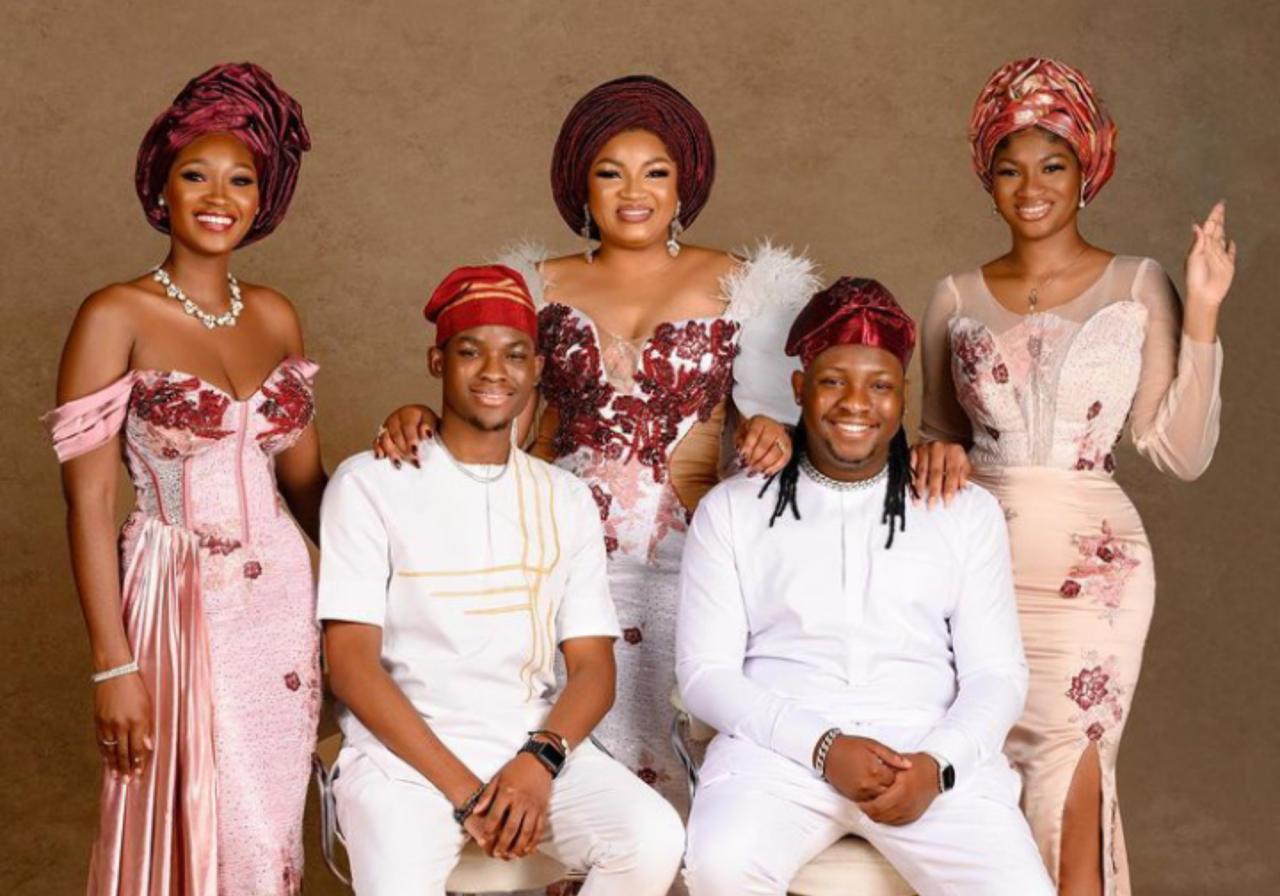 The movie star who had her first child at the age of 19, rocked a similar outfit with her four kids that one could rarely tell she is the mother of such grown children.

Although their father, Captain Ekeinde was missing in the adorable family photos, Omotola explained why is unavoidably absent.

“Wishing you a Happy Sunday from the Clan… Missing Capt Ekeinde here as man’s out of town on a Mission,” she captioned the photos.

In an earlier report, Ms. Ekeinde had  advised any lady who is not financially stable to not consider marriage because she is automatically preparing herself to be imprisoned in the union.

Speaking in a recent interview with BBC Yoruba, the actress said, “One must apply wisdom or common sense in everything one does. People cannot say that because I married at 18, therefore they can also do it. The question is, ‘are you ready for marriage’? When I was 18, I was ready. I had been working since I was 15-year-old and I had become a millionaire at the age of 18. That is a fact that a lot of people don’t know.”
She continued, “I had my own money. I was not dependent on any man. Moreover, my father died early, so I was already responsible for my younger siblings. I was like their mother at that time, so I was very mature and financially prepared.”

“One should not marry a man when one is not financially stable. If one does that, one would be going into slavery or better still, prison. If any of my children, after considering all these factors, say they are ready for marriage, we (parents) would meet the person and if we like them, we would give them our blessings.”

Man collapses after discovering that his wife is his ‘Landlord’

Young boy accused of being a witch, killing his mother and inflicting grandmother with sickness

Drama as pastor nabs his wife in bed with assistant pastor