A well known  Catholic priest and the Spiritual Director of Adoration Ministry Enugu Nigeria, AMEN, Rev Father Ejike Mbaka, has delivered a stunning prophecy about Lionel Messi at PSG, days after he left his former club Barcelona for PSG.

It should be recalled that Messi recently left his childhood club, Barcelona FC, for Paris Saint Germain FC, after his contract with Barcelona reportedly expired.

While speaking, Fr Mbaka made it known that Messi is gift to the football universe in the generation. He further made stated that anywhere he(Messi) goes, the same goodness will follow him, making it known that where he goes, they will go with him. 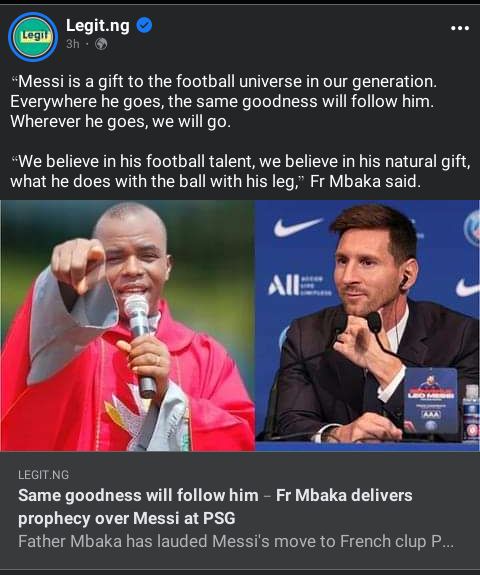