Lionel Messi is still in Barcelona, amid reports that he is very close to signing for Paris Saint-Germain. 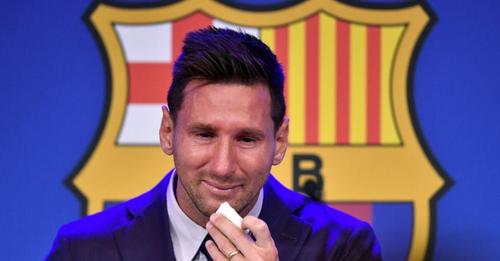 The 34-year-old is a free agent after failing to agree a new deal with the LaLiga giants.

Messi and his representatives have verbally reached an agreement with PSG over a two-year deal.

However, the lawyers are reviewing details of the contract, according to transfer expert, Fabrizio Romano.

“Messi’s arrival in Paris has not been planned yet. ‘Patience’. No presentation scheduled on Tuesday by PSG as of now.

“PSG is optimistic and waiting for Leo – some details to be discussed with lawyers in the next hours.

“Messi will be in Paris once the contract is agreed,” he tweeted.