A new story making the rounds on social media has revealed how a wife who claimed she was r*ped, eventually left her husband and moved in with her alleged r*pist. 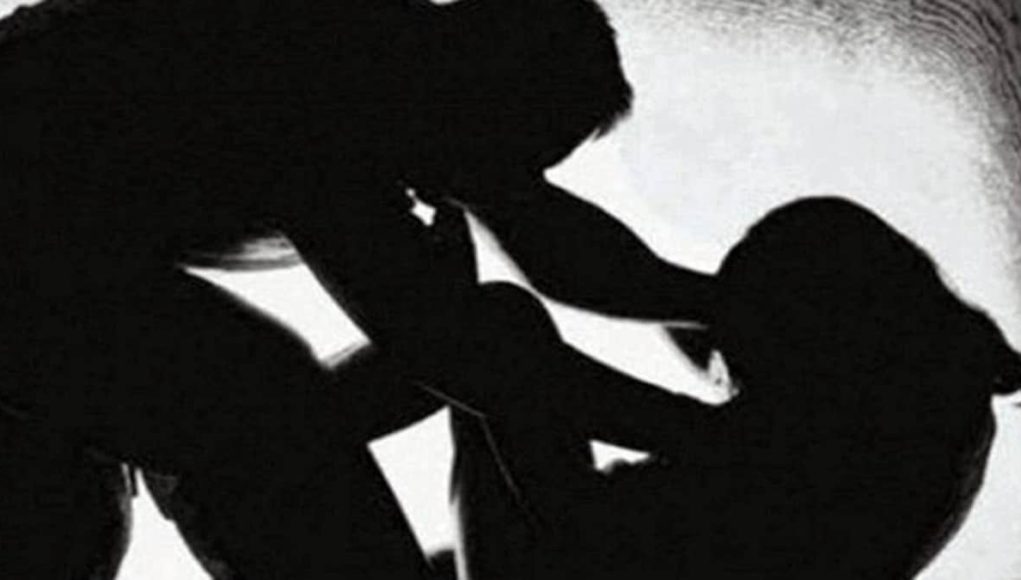 The story, which has generated intense reactions among social media users, was shared by a Nigerian lawyer who goes by the username @MalachyOdo1.

According to the lawyer, his eyes have seen a lot of things and cases in the law profession so far, and this particular incident is just one of the mind-blowing ones he’s witnessed.

He went to recount what happened, writing via his official Twitter handle;

“As lawyers, the things we see and the stories we hear on a daily basis, can be mind-blowing.

“A wife claims she was r-ped by a customer in a hotel. The husband reports to the police and in the middle of the investigation, the wife moves in with the alleged r*pist. Case closed” 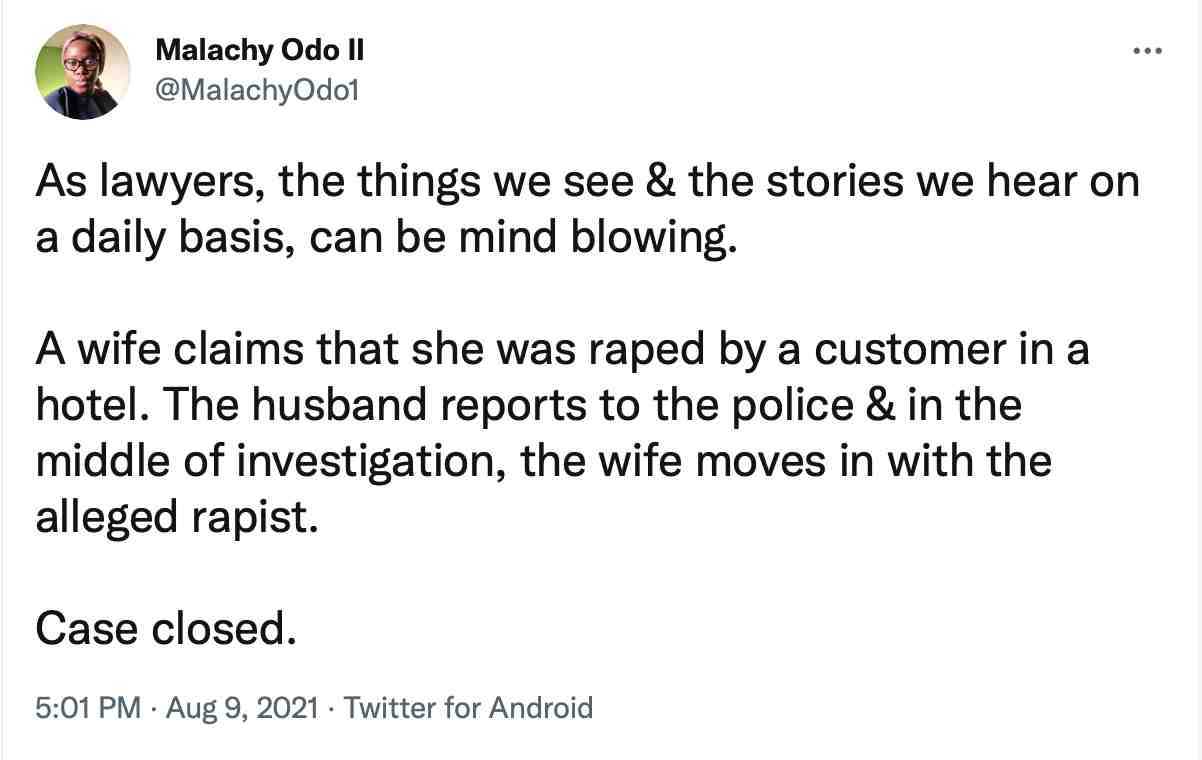 See some reactions below:

@ladyque_1 wrote: “could be Stockholm syndrome”