A Nigerian lady, identified as Oge Nsimah, has taken to Facebook to advise women to stop wasting their precious time with men who don’t want to marry them. 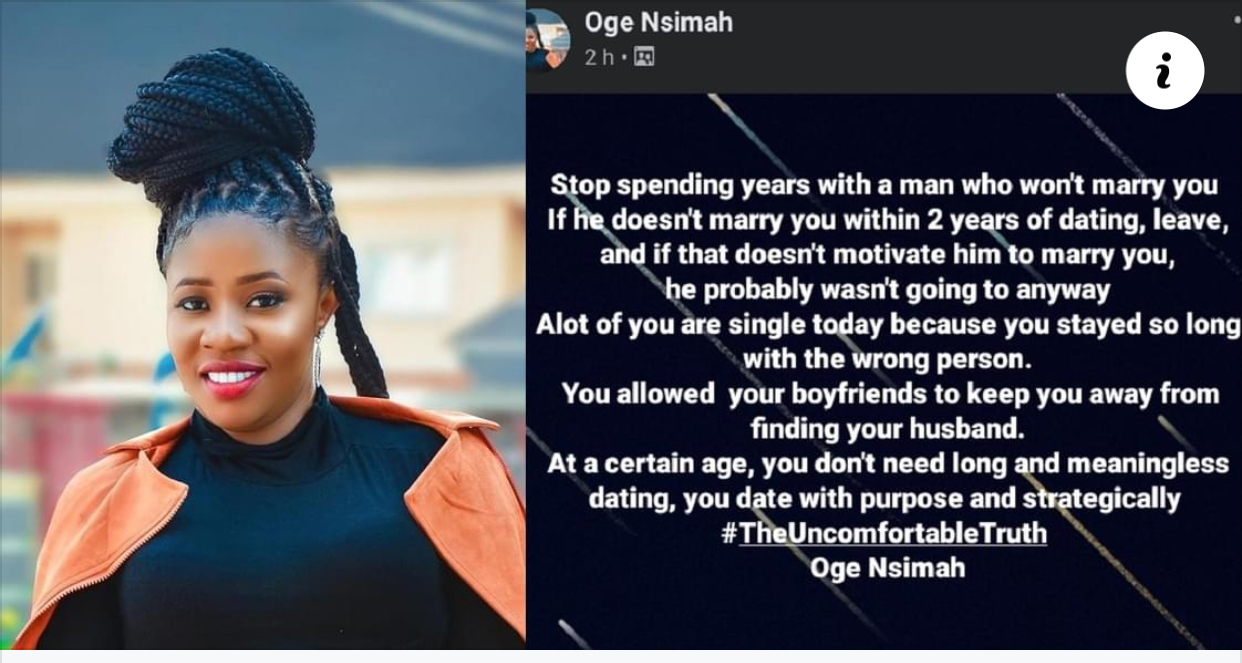 According to her, many women are still single because they remained in a relationship that wasn’t leading to marriage, thereby allowing their “boyfriend keep them away from their husband.”

Speaking further, Oge stated that two years is the maximum period a lady should date a man and if he doesn’t marry her within the period, she should leave the relationship.

“If he doesn’t marry you within 2 years of dating, leave, and if that doesn’t motivate him to marry you, he probably wasn’t going to anyway

Alot of you are single today because you stayed so long with the wrong person.

You allowed your boyfriends to keep you away from finding your husband.

At a certain age, you don’t need long and meaningless dating, you date with purpose and strategically #TheUncomfortableTruth” 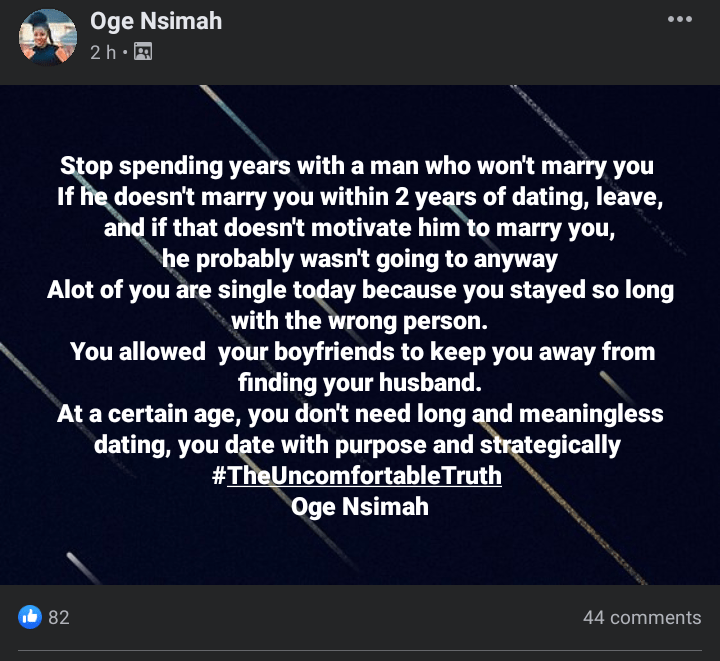 Check picture of a lady before and after bleaching, this post caused a stir on social media