Housemate JMK Twitter handler has apologized on Twitter on behalf of JMK for trolling star boy Wizkid and other former Big Brother housemates. 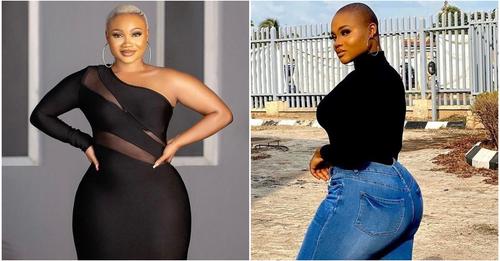 This is after Twitter NG has threatened to withdraw any form of support to the housemate for being a troll. 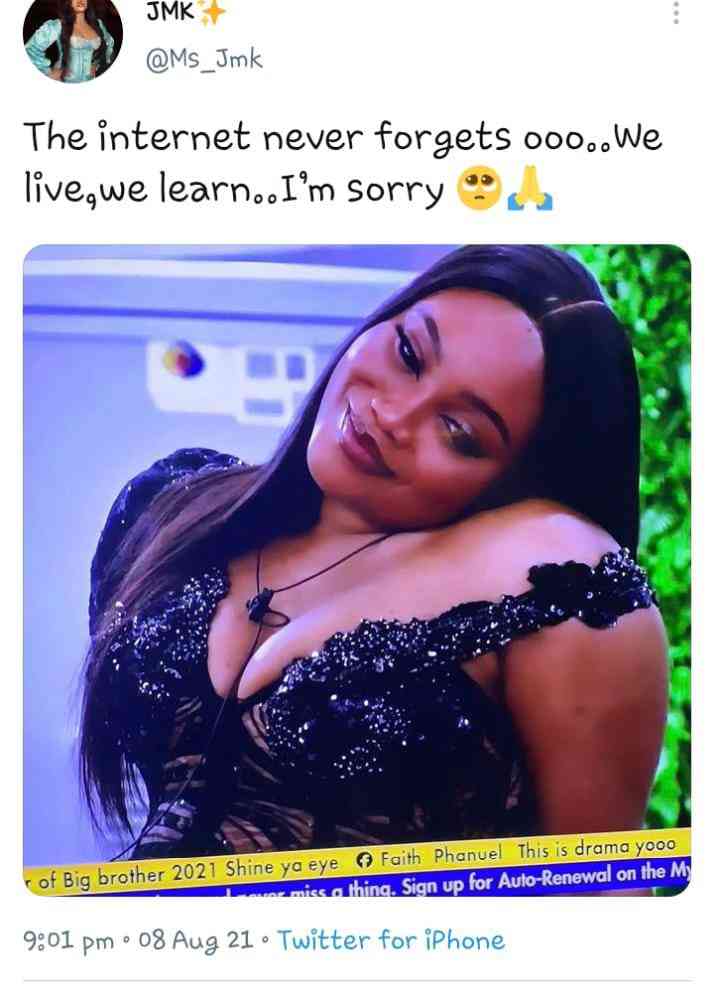 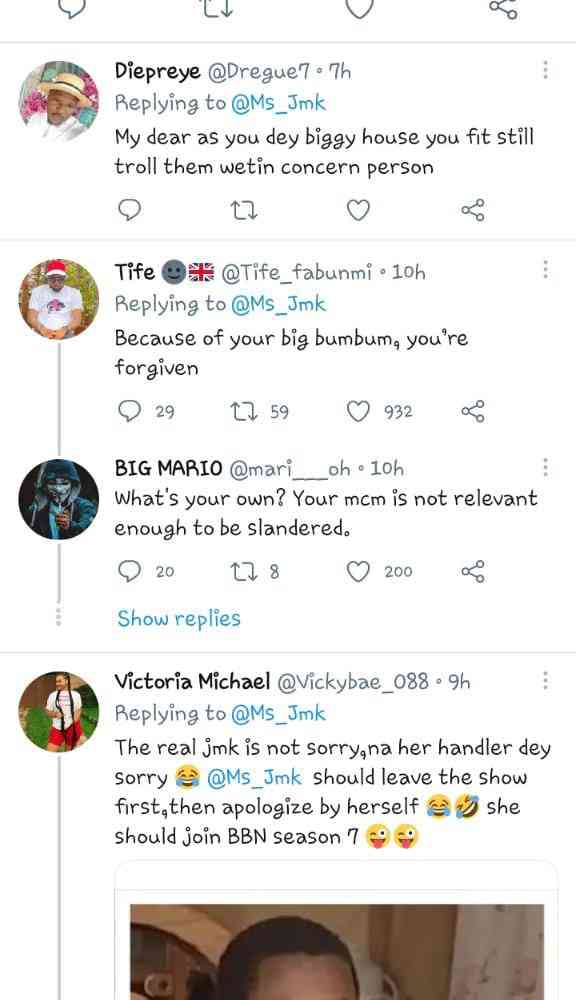 In related news, moments after revealing that she loves to sleep naked, the new housemate, Queen, has revealed that she was brought up by a single parent.

In a conversation with the housemates, she revealed that her mother raised her siblings and herself all alone.

Talking further, she further bragged that she’s a beauty Queen who runs an NGO.