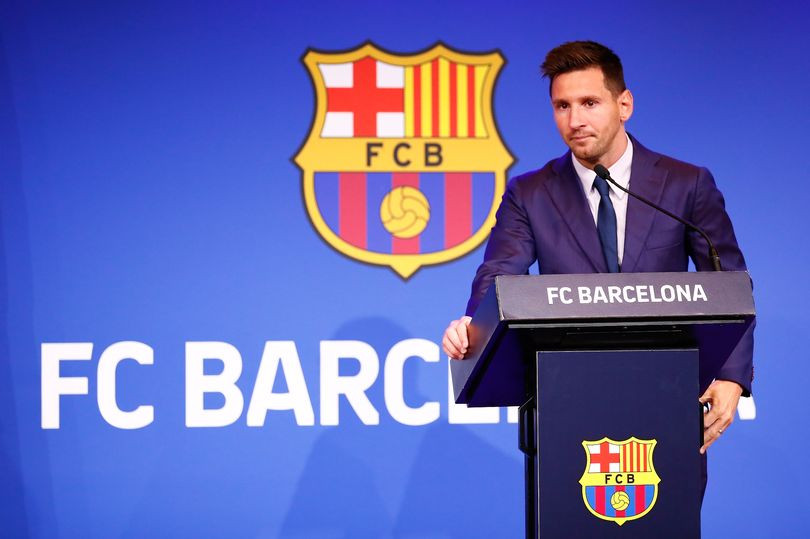 Lionel Messi disclosed that joining Paris St-Germain is”a possibility, as he confirmed his exit from Barcelona during an emotional press conference on Sunday.

Barcelona confirmed on Thursday that Messi would not sign a new contract with the Spanish club amid financial concerns “and structural obstacles” which prevented Messi from renewing.

The Argentina International, 34, who became a free agent since July 1 after his contract at Camp Nou expired, had verbally agreed on a new deal on reduced wages only for the Catalan club to pull the plug.

Speaking at an emotional press conference from Camp Nou, which was attended by the entire first-team squad, he said he was keen to continue at Barcelona and did ‘everything he could’ to stay but it was not possible.

With reports that the player is set to seal a two-year deal to join Paris Saint-Germain, Messi disclosed that the move is a ‘possibility’ for him this summer.

“It is a possibility, but I have not agreed anything with anyone,” he said. “I have got different clubs interested. Nothing is definitive but clearly we are talking to them.”

Messi moved to Catalunya from Rosario as a 13-year-old and enjoyed enormous success at the club, winning 10 La Liga titles, four Champions League crowns, and the Ballon d’Or six times.

He went on to score 672 goals in 778 games and helped the Spanish giants win 34 trophies, replicas of which were displayed at his news conference at the Nou Camp.

MUN 0-2 BRI: See How Ronaldo Reacted On The Bench After Brighton Scored Their First Goal