Home SPORTS Messi struggles to hold back tears as he sends a farewell message...

Lionel Messi has finally broken his silence after being told they will not be renewing his contract.

Though very emotional throughout the press conference, he still tried to push out some words to his fans all over the world.

The press conference which is regarded as one of the most anticipated in the world has gotten over 400k tweets all over the world and is trending at number one.

In his words, he said;

“The pic with Paris Saint-Germain was a coincidence, completely. I was there with my friends, we decided to take a photo… they told me: ‘Come to Paris!’ but it was just a joke, we were on holiday”.

“The people in Barça know me. They know I am a good player and that I love competing. I would fight to win everything, just like I did here. I will finish the last years in my way: competing for titles”. 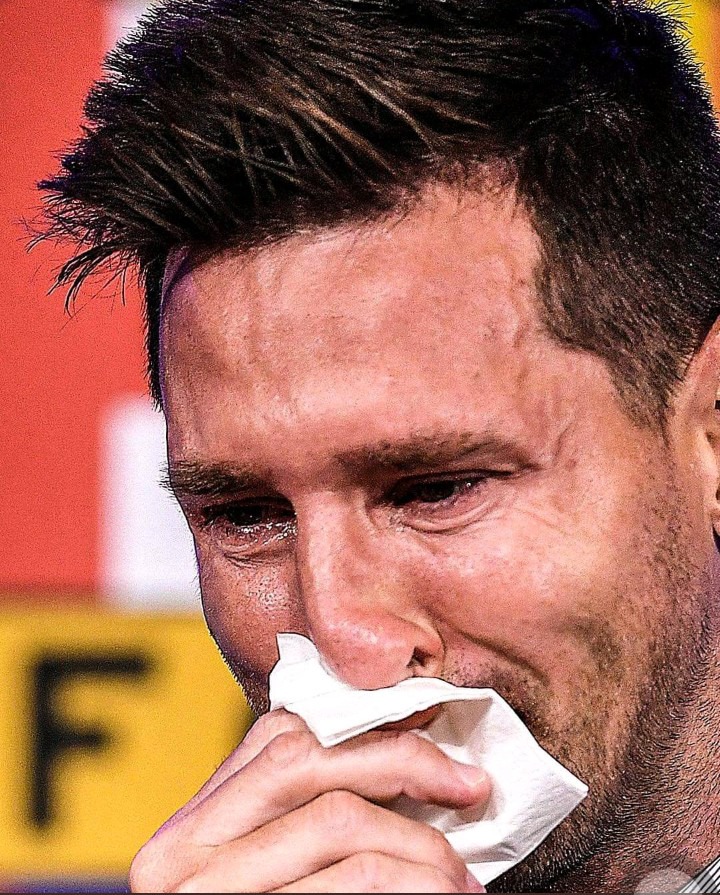 ‘I have nothing agreed with anybody or any team. 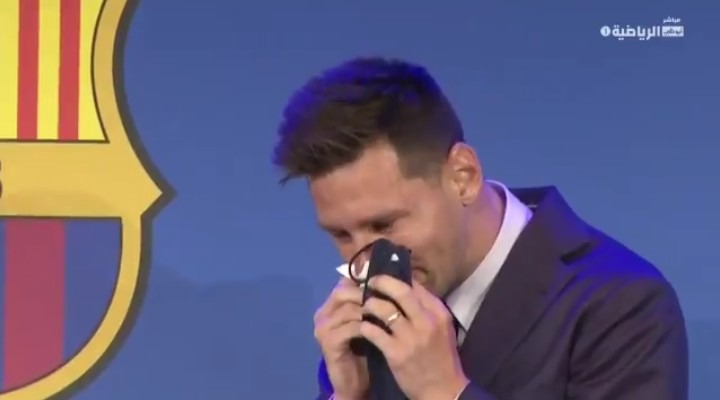 “I am a winner, I want to keep competing. I want to finish the last years of my career competing and winning trophies. I am close to Dani Alves in trophy count, I am going to fight to equal or surpass him.” 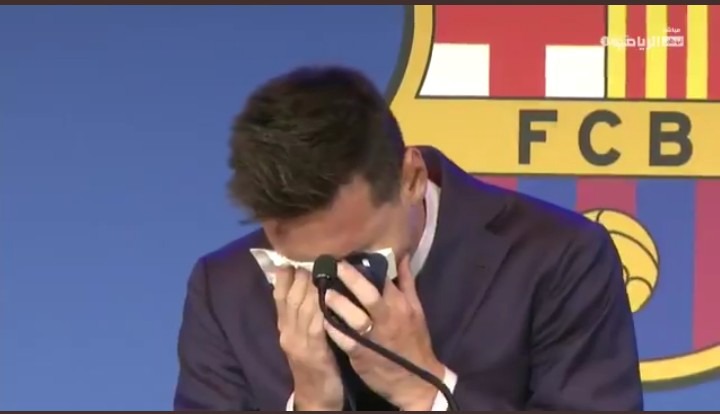 Indeed its the end of an era and the end of this great relationship with Messi, Barca and the Catalan people but not the end with Messi and Football

He will come back stronger. Maybe in PSG, Man city or whichever club he chooses.

But I know for sure, he will come back stronger and better