Home ENTERTAINMENT “Some Men Can’t Last More Than 2 Minutes In Bed Because Their...

Okoro Blessing Nkiruka, is a popular Relationship Blogger, who is known for sharing relationship advices to both men and women. She is also a certified relationship therapist who always shares her opinions on some of the trending issues in the country. Blessing Okoro recently shared a video to address the issue of how some men perform with their woman, and it has since gotten lots of comments and reactions. She stated that women should stop complaining when their men only last for 2 minutes on bed. 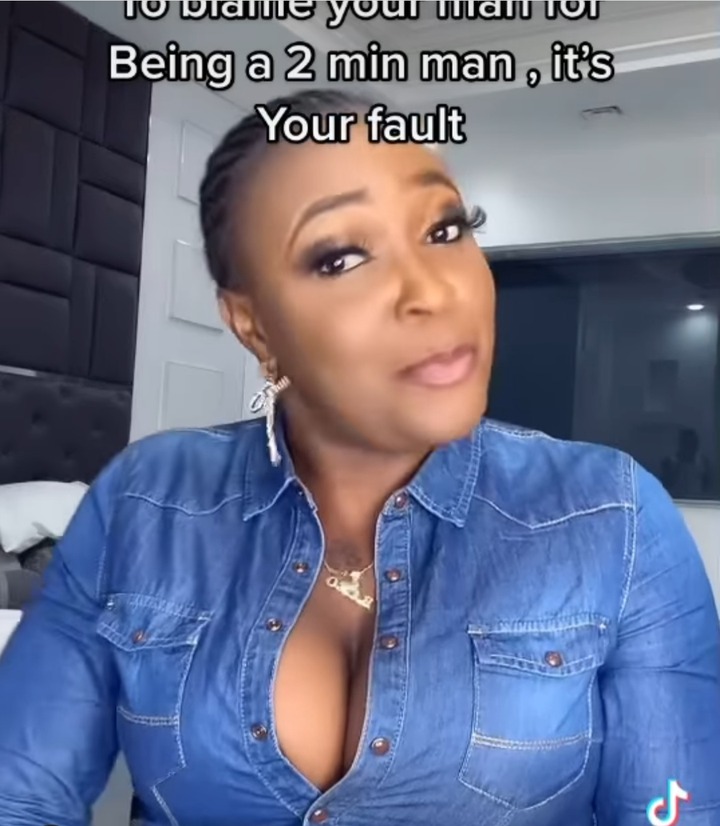 Blessing Okoro also said that there are also people who think it is an health related issue that makes some men last for only 2 minutes. In her opinion, she stated that most times men do not last long on bed with women who are “Sweet”. In her own words she said, “Stop calling your man a 2 minutes man, it’s not his fault, it is because you are too sweet“.

Her message was directed to women who are fond of condemning their men for their short performances. She asked women to stop blaming such men, but rather be happy that their men enjoy them. After she shared the video, some of her fans left lots of comments. Some of them agreed with what the relationship expert said in the video, while some of them said that they would rather have their man last longer with them than have him spend just 2 minutes on bed. 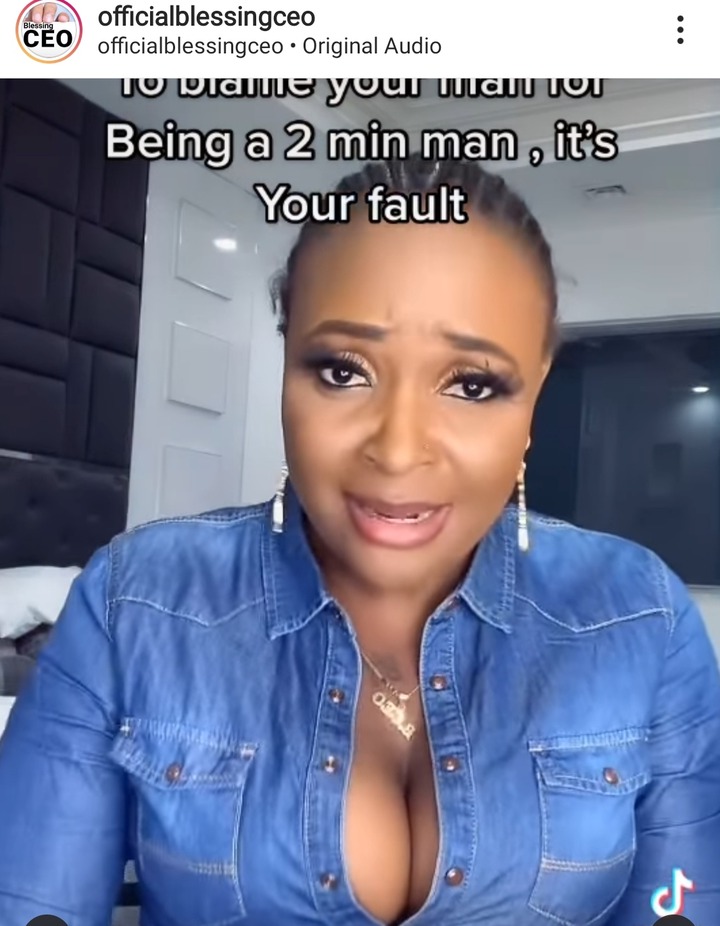 Weeks After He Bragged That He’s The Richest Actor In Nigeria, Zubby Michael Flaunts His Girlfriend For The First Time (Watch)

How Tems Was Rejected By A Record Label But Today She’s Rolling With Wizkid, Rihanna & Drake