Marriage is a union between two people, who have agreed to stay together in good and bad times. Is there a written law that mandates a woman to resides in her husband’s apartment after a wedding?.

The masked artist and photographer, Segun Wealth has taken to his Instagram page to share a post where he explained why he is residing in his wife’s mansion after marriage. He then asked his fans if it is a crime for him to do that.

He was seen discussing the issue with his wife in the video. The fashion entrepreneur, Toyin Lawani was heard saying that he has not moved all his property to her mansion, but only a few of his things are in her house for now.

She continued that, some of her personal belongings are in her husband’s apartment as well. In his video caption, he asks his fans, what is their take on who moves into whose space. He explains that he is not ready to waste his financial resources because of people’s opinions about his decision. 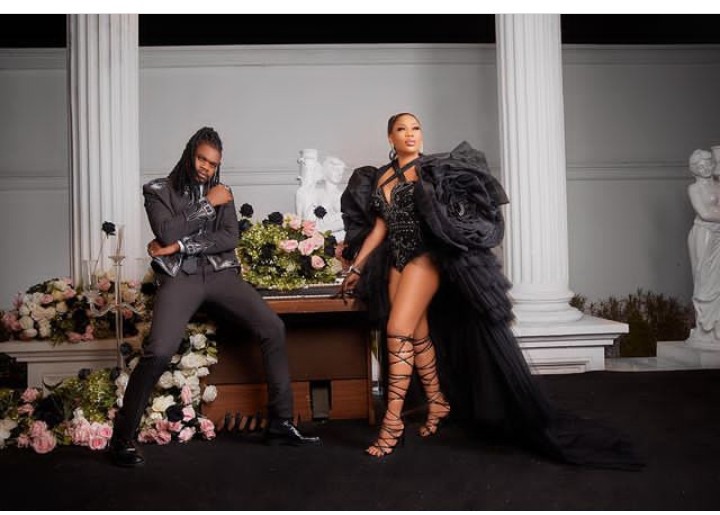 He disclosed that his wife, owns a big mansion with vast apace and that she is not ready to leave her luxurious home to come and stay with him in a 3 bedroom apartment.

He continued that his wife only visits him on a weekend. According to him, it is not a bad idea for them to own two houses because there will be a time they will like to be alone. So he decided to maintain his house and move into Toyin’s house after lots of persuasions. He continued that he is responsible for the house’s upkeeps, he pays all the bills. 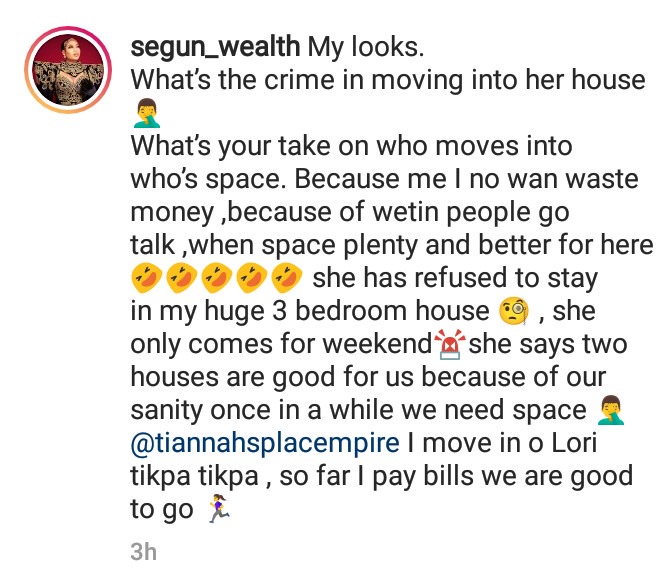 I Made My First N100M From Instagram – Popular Nigerian Celebrity, Blessing CEO Reveals